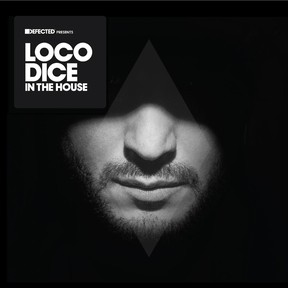 Loco Dice (born Yassine Ben Achour) strategically scattered four exclusive singles from his Desolat imprint across Loco Dice in the House, yet the exclamation points on the mix are its classic tracks. After placing the spotlight on developing underground aesthetics, like the funky ghetto-house of Catz ‘n Dogz & KiNK on “Bad Love” and the deep-house contortions of Desolat’s own Federico Grazzini on “Untouchable”, Achour caps disc one by reaching back to 2007 and Gee-Man’s “The Soul”. Without knowing the year of the original release, the Pimp Daddies’ mix of the track still sounds fresh within the sea of fun-loving booty bass that continues to take over clubs.

The tactic recurs on disc two. Achour is one of few DJs that chooses to draw from both contemporary EDM and the micro-house underground, and his extended edits seamlessly guide listeners from the uplifting minimalism of Skudge’s “Convolution” through the hedonism of Diplo’s “Express Yourself”, and eventually settles on the euphoric groove of Kerri Chandler’s 2004 single “Six Piano”. For just a moment, the mix detours through the sophomoric late-’90s techno of the Detroit Grand Pubahs — now in the form of Harvard Bass’s “Cream”.

Loco Dice being released through Defected Records allowed Achour the professional relationship to explore artistic connections outside of a single label’s discography. That’s a luxury not often permitted in dance music, where most labels desire mixes composed exclusively of upcoming singles or edits of current favorites. As the dance community continues to quickly evolve, Achour has slowed the pace; sampling what’s next for his own label is sharing the sound’s seminal inspirations. His greatest victory isn’t just dropping all the knowledge, it’s doing so without diminishing the release’s ability to keep tech-house aficionados hypnotized for nearly two and a half hours.