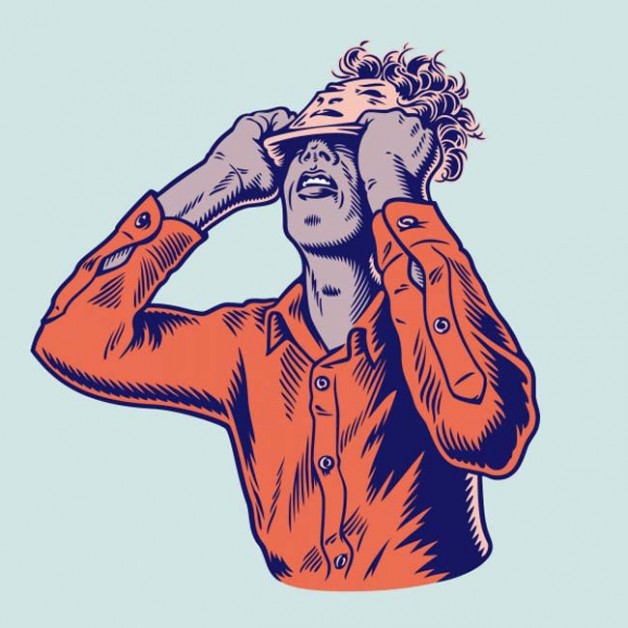 Moderat is the combination of Modeselektor and Apparat, two German electronic music acts who released the first LP under their combined moniker in 2009. The self-titled effort was surprisingly cohesive and sounded like Coldplay on ecstasy. II continues down the sonic path of its predecessor, but expands the group’s sound with heavier R&B influences.

“The Mark” is a foggy, portentous intro that dissipates into a nightclub-ready single,  “Bad Kingdom”, a shadow jam that may not get people dancing so much as slinking towards some unnamed crush. The track’s blend of pop and club music is later matched in the melancholy “Damage Done” and glitchy “Gita”, where Apparat’s Sascha Ring delivers a standout vocal performance. Side A closer “Milk”, a 10-minute instrumental, is not only the album’s centerpiece, but its undisputed highlight. The probing track is the closest the album comes to ambient sound, as the layered bass gently loops with electronic flourishes and hypnotic maraca percussion, everything dissolving into a cathartic blast of static.

Not every track lands so seamlessly. The instrumental tracks (“The Mark”, “Clouded”) don’t make an impression, nor does “Let In the Light”, which the band front-loads with distorted vocals that muddy the otherwise arresting beat.

The trio of musicians behind Moderat has spoken at length about the exhaustive six-month process of creating II, going so far as to admit in an interview with XLR8R that their sounds aren’t necessarily compatible. The arrangements, though, are alternately dark and delicate, occupying that nebulous space between a club’s disco ball and back alley. A pall of unrest certainly permeates the record, but II feels of a single entity, one cloaked in fog but backlit by strobes.