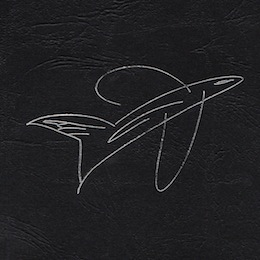 Smashing Pumpkins fans could never justly feel as though they’ve been left wanting. The band’s history has been one of oversharing before oversharing meant LiveJournals and cleverly angled MySpace profile pictures. The very first clue that the Pumpkins kept a vast treasure trove of recorded material on hand at any time was the post-Siamese Dream rarities collection Pisces Iscariot. Then Billy Corgan and company (but really just Billy Corgan) decided that the Pumpkins had enough album-level material to release 90 minutes of music in the form of their octuple-platinum opus Mellon Collie and the Infinite Sadness. And after Mellon Collie, of course, came the titanic The Aeroplane Flies High.

Contained within the enormous lunch box of Aeroplane’‘s original release was, by definition, a collection of the five Mellon Collie singles. In practice, the discs that accompanied the thunderous “Bullet With Butterfly Wings”, the iconic “1979”, the vicious “Zero”, the lush “Tonight, Tonight”, and the meditative “Thirty-Three” were less singles and more themed EPs. Each disc, save for the covers collection of the “Bullet” disc, explored more deeply the sonic themes posited by their lead tracks. For a band like the Pumpkins, who fluctuated between orchestral dream pop, thrash metal, psychedelic grunge, coffee house acoustics, and new wave stomp, such a move made sense. It takes patience and practice to perfect the myriad styles from which the band culled, and the original five discs of Aeroplane, aside from being an engaging listen for even casual fans of the early Pumpkins, also served as a reminder of how much work the band put into their craft.

Highlights of the original five discs included the solo acoustic beauty “Jupiter’s Lament”, the band’s glam metal take on “You’re All I’ve Got Tonight”, an impressive turn on the old standard “My Blue Heaven”, the classic Pumpkins groove of “Pennies” (which really should have seen album release somewhere), and the song which would title a later rarities compilation, “Rotten Apples”. It’s on these songs where Corgan’s talents as a songwriter across genres are more intimately explored. The extra 33 tracks that made up The Aeroplane Flies High served as a more effective version of the band’s VH1 Storytellers turn; you could hear the story of the band more effectively just by hearing the band. Taken as separate nuggets, they were bite-sized histories.

This reissued release, however, is literally over 100 tracks. It’s everything about the Pumpkins classic overabundance of studio time turned up to eleven, then digitized and released onto a hapless public. And while it would be nice to think that, say, the extra 15 tracks that make up the “Bullet” disc open a window into the band’s creative process when in World-as-Vampire mode, all it really does is expose just how judicious the band had to be in their cuts. If the grating riff of “Germans in Leather Pants” had ever been exposed to the world, it might have ruined the band’s career years earlier. Later, the eight-track version of “Zero” is a toothless bunny compared to its album state. Taken as a whole, this bloated re-release of Aeroplane is an obsessive’s curio, the type of thing a 34-year-old still really trying to figure out the hidden meanings behind MACHINA: The Machines of God would gladly shell out for and pore over, looking for numerological references to Glass and June.

Listened to in bits and pieces, however, this new Aeroplane solves the Big Smashing Pumpkins Riddle: Why hasn’t this band sounded the same since these sessions? The big falsehood of the Pumpkins’ history turns out to be Billy Corgan’s centrality. While Corgan maintains front-and-center status across the jams and live recordings that tail-end the original singles, the interplay of the band as a four-piece unit has never been more apparent than here. Tempo-shifting with Swiss watch precision, alternating between dynamics in perfect sync and without warning, settling into complex grooves with lazy aplomb, the Smashing Pumpkins sound like equals here. Listening to anything from Adore onwards after digging into this release will further highlight the intangibles the band lost when playing without all four original members.

If a release with over 100 tracks is of any value to the casual listener here, it’s as a picture of a working band at their peak doing exactly that: working. It shows the depth of material tossed aside even before it had been formed into coherence. It shows the formative structure of songs in chrysalis, and how you can tell even from those fledgling beginnings which will stick in the consciousness. Over the course of the band’s rehearsals for its show at Chicago’s Double Door, and the subsequent show itself, it shows how bands translate studio hits into live performances both thunderous and flat. And it shows how the Smashing Pumpkins in particular thrived and were at their most vibrant when these four particular people were able to work together. Despite the personality problems that would soon force the original lineup to split, the mountain of tracks that make up this release show how well the band functioned as a professional unit. If you’re a fan of the Smashing Pumpkins, or a fan of rock history, Aeroplane may not be an essential document, given how inordinately packed it is with extras, but it’s certainly a telling one.