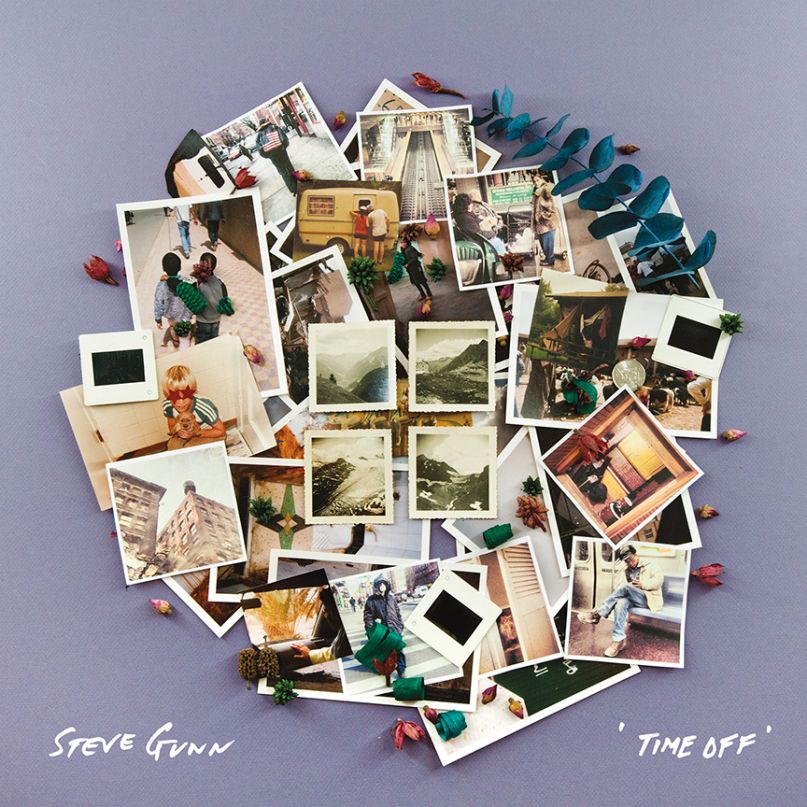 Even though Steve Gunn calls New York home, he sounds like a ramblin’ man. Whether on his own or in collaboration with a host of well-traveled keepers of the avant-garde, Gunn has used the last 15 years to detail the Mississippi Delta, the Appalachian Mountains, and the vast expanses of heartland in a uniquely (de)constructed American travelogue. Gunn’s catalog is marked by wisps and detours, sprawling guitar lines that draw equally on Basho and benzos, and densely woven instrumentals content to slowly wander rather than motor on straight to their destinations. However, with the gradual addition of his vocals to the mix, Gunn’s recent solo records have proven that he does indeed have a destination in mind. Without compromising the shrugged off and slurred out quality that made his songs endearing in the first place, Gunn has casually moved toward crystalline songcraft. His latest LP, Time Off, is his most tuneful yet.

“Old Strange” relies on weeping strings and the slow patter of aimless percussion to underpin some of Gunn’s most carefully directed vocals to date. Though he’s not quite moved into folk-pop territory, Gunn’s pipes land him somewhere in the realm of Kurt Vile (who Gunn presently shares the stage with as a member of The Violators) or Califone’s nocturnal Americana. The railroad raga of nine-minute album closer “Trailways Ramble” provides ample reminder of Gunn’s experimental roots, but Time Off presents the most penetrable iteration of Gunn’s music to date.

At his best, Gunn has always been a spinner of yarns, the world-weary journeyman whose songs reflect the whole product of his travels. But, for the first time Gunn’s tunes don’t sound like they’re drifting from the back of a pickup truck that’s peeling down an empty highway. Instead, on Time Off, Gunn leans back on his porch and tries to clearly tell the stories of where he’s been.