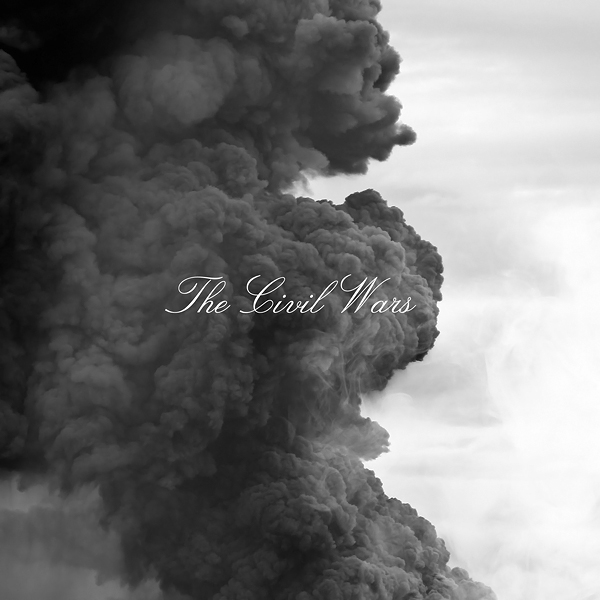 The cover art to The Civil Wars’ self-titled sophomore album depicts a vast, billowing plume of black smoke, suggestive, perhaps, of a smoldering relationship that eventually ignited and left some unpleasant fallout. Right now, despite this release, the vehicle of singer-songwriters John Paul White and Joy Williams, The Civil Wars, is no more. The record was put together late in 2012, seemingly just as the duo called time midway through a European tour, citing “internal discord and irreconcilable differences of ambition” as reasons for the “hiatus.”

That said, the music doesn’t show signs of suffering from this creative fission; the record is as compelling as its Grammy-winning predecessor, 2011’s Barton Hollow. Of course, there’s nothing to say that great art can’t come from internal strife – just look at Fleetwood Mac’s Rumours, for one. Indeed you might have assumed that White and Williams were a couple when in fact they’re married to other partners. Such was their on-stage frisson though, it is almost like they have broken up in both senses.

It is tempting then to take opening track “The One That Got Away” as the duo’s swansong. “I never meant to get us in this deep/ I never meant for this to mean a thing,” Williams sings over White’s resonant guitar. They clearly did get deep emotionally and it obviously does musically. It’s hard not to relate those lines to the duo’s own relationship and sense how the tension of performing like life partners eventually got to them, evidenced in the line “I wish you were the one that got away.” Similarly, White’s delivery of “you’re like a mirror, reflecting me” on the exquisite “Dust To Dust” gets the Williams response “takes one to know one.”

White’s throaty delivery meshes perfectly with Williams’ remarkably pure vocal tone to create an intimacy that verges on the claustrophobic. From the country swing of “From The Valley” to the fulsome blues rock of “Oh Henry”, the album is instrumentally heavier than its predecessor, and this makes the stripped-down songs stand out to greater effect. So, the bittersweet cut and thrust of “Same Old Same Old” and shaded intensity of the Smashing Pumpkins cover, “Disarm”, claim their space. There might not quite be a “Poison & Wine” here, but taken as a whole, The Civil Wars is a more consistent collection than Barton Hollow. Chances are these songs will endure, but hopefully the hiatus won’t.

Essential Tracks: “The One That Got Away”, “Same Old Same Old”, “Dust to Dust”.