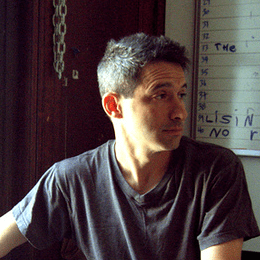 Beastie Boys’ Adam Horovitz, aka Ad-Rock, has dabbled here and there in Hollywood. But save for playing himself on an episode of 30 Rock, he hasn’t seen much screen time since the ’90s. However, this could soon change as Ad-Rock is reportedly in talks to star opposite Ben Stiller in Noah Baumbach’s (The Squid and the Whale, Greenberg, writer of The Life Aquatic with Steve Zissou) new independent film, While We’re Young (via The Warp).

Set to star Stiller, Naomi Watts, Amanda Seyfried, and Girls actor Adam Driver, While We’re Young is the story of a married couple (Stiller and Watts) who strike a friendship with a young hipster couple (Driver and Seyfried). If Horovitz signs on, he’d play Stiller and Watts’ friend, a new daddy who doesn’t understand his pals’ need to chill with their youthful new companions. In other words, the complete opposite of Ad-Rock in real life.

Ad-Rock’s involvement is contingent on his schedule, so while we wait for confirmation, check out the trailer for the 1980 film Lost Angels, where he starred opposite Donald Sutherland.