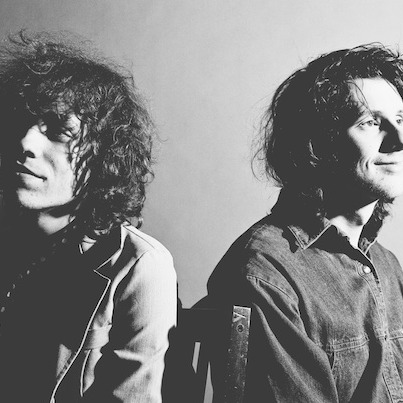 San Francisco psych-rockers Foxygen probably aren’t breaking up, but the’re definitely taking a very short hiatus. According to City Pages, the band is cancelling their August 1st show in Vancouver and the August 2nd show in Seattle after co-founder Sam France broke his leg in the early moments of Monday’s gig at Minneapolis’ First Avenue. So much for a little upswing.

According to reports, France injured his leg when he fell off his monitor and required the aid of paramedics to exit the venue. Shortly after, the band tweeted that France was “OK” before posting on Facebook that his injury was severe enough to require surgery. While they didn’t rule out playing Oregon’s Pickathon Festival this weekend, they mentioned their show “might be more subdued.” As they later noted, “On the bright side, Sam will probably have a cool cane or something.”

France’s stage antics are notorious for being rather dangerous. At Pitchfork Festival, he was seen climbing the rafters in a move reminiscent of early ’90s Eddie Vedder. This accident, though tragic, is just the first substantial damage following a series of stress fractures in recent months. Aside from the near-break-up, France endured a meltdown at SXSW, which caused the band to subsequently cancel a European tour over “creative health.”

Read a full account of the incident from City Pages‘ writer Nicole Oran:

“It was a short set. The band had only just started the first song, ‘On Blue Mountain,; when outrageous Sam France started his aggressive set that turned out poorly, too quick. While engaging with the audience, seemingly overtaken by performance, France leaned on the front monitor, which seemed to tip forward. He fell toward the crowd was apparently injured as a result of hitting the front barricade railings.

At first it wasn’t clear if he was hurt or where he was because an audience member that resembled him grabbed the microphone. The band continued to play for a few moments and then security became present. Jonathan Rado regretfully informed the crowd, ‘If we have to cancel, we’ll come back and make it up to you, okay? We love you. Sorry.’

France was stationary on the floor between the barricades on the stage while security and who appeared to be paramedics placed him on a stretcher. He was moving, appeared conscious, but had a bandage around his left calf. His hands were placed on his forehead. As he became visible to the crowd again when the stretcher was lifted to leave the area, ‘Happiness Is a Warm Gun’ played overhead and the crowd cheered, as if to applaud a recovery. But the show ended before a full song was played. And it’s currently not clear how he was really hurt and how bad it was.”

And here’s footage of the aftermath of the accident:

In less disappointing news, the band recently spoke with MTV Hive about their sophomore album entitled, Foxygen & Star Power. ”We’ve got like 50 or 60 songs written,” co-founder Jonathan Rado said. “It’s kind of all over the place. Theres some stuff that sounds like Nick Drake, Fleetwood Mac  theres a song that sounds like R.E.M. Its going to be wacky.” Last year, France released a solo LP entitled Star Power but took it offline after Rado allegedly confronted him.

For something kinda similar to Foxygen, Rado will release his debut solo record, Law and Order, on September 3rd via Woodsist. Be sure to check out “Faces” and “Hand In Mine”.