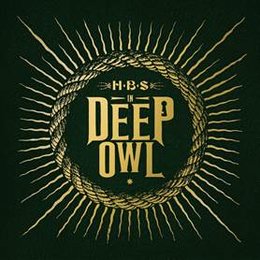 In recent years, songwriter and Soundgarden bassist Ben Shepherd has been gradually moving away from the grunge rock aesthetic of his day job. (At least, as much as he can, given that the band are as synonymous with Seattle as its weather.) Spending the last four years stripping away the layers of grunge from his music, Shepherd turned introspective and acoustic. In fact, the songs which would form the basis of his upcoming debut record, In Deep Owl, were initially intended to feature only his voice and an acoustic guitar, but some longtime friends helped to subtly shift the sound and feel of the record.

Bringing on Soundgarden drummer Matt Cameron and former Pearl Jam drummer Matt Chamberlain to help fill in the gaps in the songs, Shepherd used their percussive presence to add a weight and resonance to the album. The result is a collection of tracks which retain their acoustic inclusivity while still feeling tied to the overcast dreariness of his hometown. Releasing the album as HBS (his given name of Hunter Benedict Shepherd), In Deep Owl is set to hit store shelves on August 27th.

Having previously released the raw-edged rocker “Baron Robber,” Shepherd now unveils “Collide”. Closer to Mark Lanegan than to Chris Cornell, the contemplative acoustic guitar and mandolin help to evoke a sense of folksy serenity. Forgoing percussion of any sort here, Shepherd emphasizes the rhythmic interplay between his voice and the minimalist stringed instrumentation. Born from a thousand campfire songs, “Collide” draws you into its inner sanctum and keeps you spellbound, firmly holding you in place without you ever realizing it.

Shepherd has also released the full tracklist for In Deep Owl, which you can skim through below.