Morrissey on latest tour cancelation: “It could only be me” 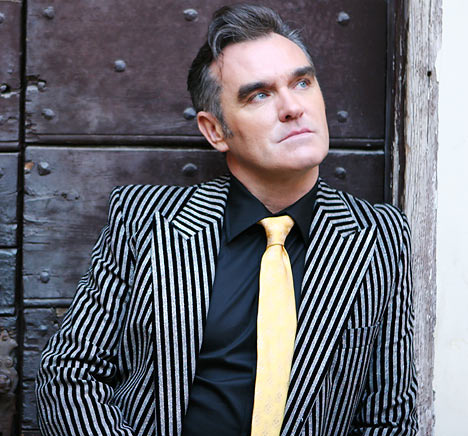 Earlier this week, it was reported that Morrissey’s upcoming South American tour had been postponed after he contracted food poisoning. In a statement issued over the weekend, the singer confirmed that all eight upcoming dates in Chile have been put on hold, though, as of now, he still plans to go ahead with shows scheduled in Argentina and Brazil.

The full statement, in all his typical melodramatic angst, follows:

I can’t give words to the sorrow I feel at the loss of perfect Peru. Oh, black cloud. After such a victorious and uplifting welcome of Lima love, the contaminated jinx had its way via a simple restaurant meal of penne pasta and tomato. Three hours later, both I, and security Liam have collapsed with a deadly and delirious bedridden disease. Five days of round-the-clock medical supervision just barely controls the corrosively toxic food poisoning. I know my luck too well. Sorrow replaces joy, and in every dream home a heartache. It could only be me.

I have returned to Los Angeles and to the expert supervision of my doctor Jeremy Fine, who assures me that I shall be fine (although not in the gossamer, powdery sense) for our upcoming shows in Argentina and Brazil. I have absolutely no idea where my beloved Chile has gone. In the heat of cancellations and postponements, the humiliation and mortification I feel on a personal level is too mammoth to be measured. If my spirits climb down any lower I could never again find the dignity to stand upright. We all live at the mercy of biological chance, and although I am not one to take refuge in clichés, I repeat my very servile apologies to any and all who back-packed their way to Peru. Alas, the dark shadow made the same journey.

Each year of life brings us nearer to our decline, but I will continue to seek a listener until I’m dead in a ditch.

with all the soul of the world
MORRISSEY
12 July 2013, Los Angeles.

In related news, Morrissey has announced plans to boycott any city where there is an Olive Garden located.