Juvenile? Sure! In bad taste? Absolutely... 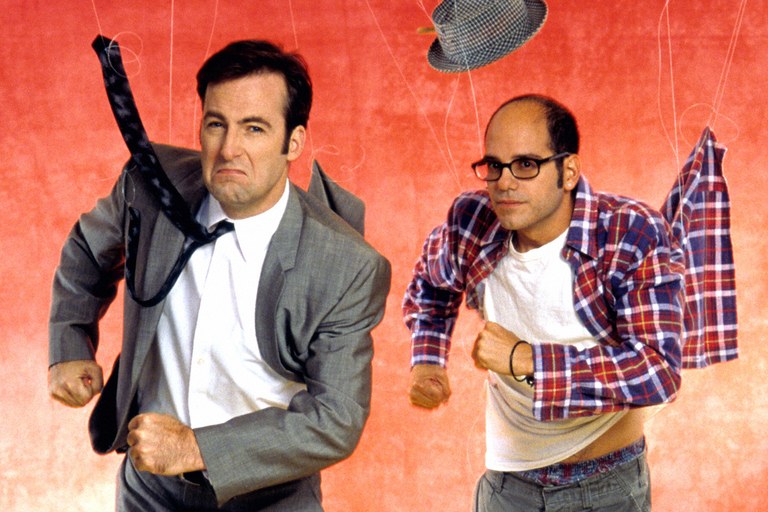 Last week’s announcement of a fall comedy tour dubbed “An Evening with Bob & David (and Posehn)” got us feeling a little nostalgic. It’s perfectly understandishable for those of us who were adolescents in the mid-‘90s and had HBO. Mr. Show—the cult sketch comedy series starring Bob Odenkirk and David Cross and featuring Brian Posehn—was, for many of us, our first water cooler show.

More importantly, we felt like it was sketch comedy for us. Saturday Night Live was tame by comparison (what our parents watched). The Kids in the Hall wouldn’t grab us until a couple summers later with reruns on Comedy Central. And Monty Python was, well, too goddamned British. Mr. Show was parentally disapproved and all ours, with a perfect blend of vulgarity and goofiness. David might break character and say, “Fuck, Bob, HBO spent more on Fraggle Rock than on us,” or Bob would record a giggling voice-over for Mr. Pickle’s Fun-Time Abortion Clinics: “We’ll bring out the kid in ya!”

Juvenile? Sure. In bad taste? Absolutely. But a perfect fit for a 13-year-old sneaking down to the living room to catch a late-night program his parents banned.

In retrospect, the show was groundbreaking. Each week, they managed to weave a sequence of live and pre-taped segments together, each sketch somehow feeding into the next. It’s where many of us first ran across comedians like Posehn, Sarah Silverman, Paul F. Tompkins, and Jack Black. And sketches like “The Audition” and “Pre-Taped Call-In Show” can hang conceptually with any sketch comedy out there (before or since).

But enough gushing. To celebrate this mini reunion, we picked out our 20 favorite Mr. Show sketches. Hey, everyone, it’s Bob and David!