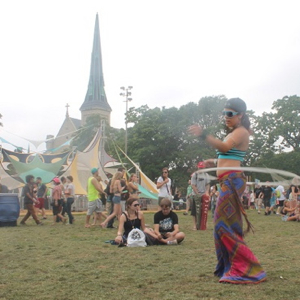 The more you know: Chicago’s Union Park spans a little over 13 acres and is located just south of the Ashland/Lake station which hosts the Green and Pink lines for the Chicago ‘L’. It’s bordered by North Ashland Avenue, West Lake Street, North Ogden Avenue, and West Washington Boulevard on the south. Lately, it’s becoming a hip, trendy area, but like a number of places in Chitown, you wouldn’t wanna linger around there without a solid plan, which makes your post-festival decisions for Pitchfork or North Coast all that more important.

Of course, there’s the Yelp app, and sure it’s helpful, savvy, what have you, but we’ve saved you all the scrolling fuss by whittling down your options to 10 solid locales all nearby. Heed our advice and you’ll be eating and drinking in good company for brunch, dinner, or even that fourth meal nonsense. So, bookmark this, print it out, pull out some Post-It notes, do whatever — you’ll wanna hit up these places.