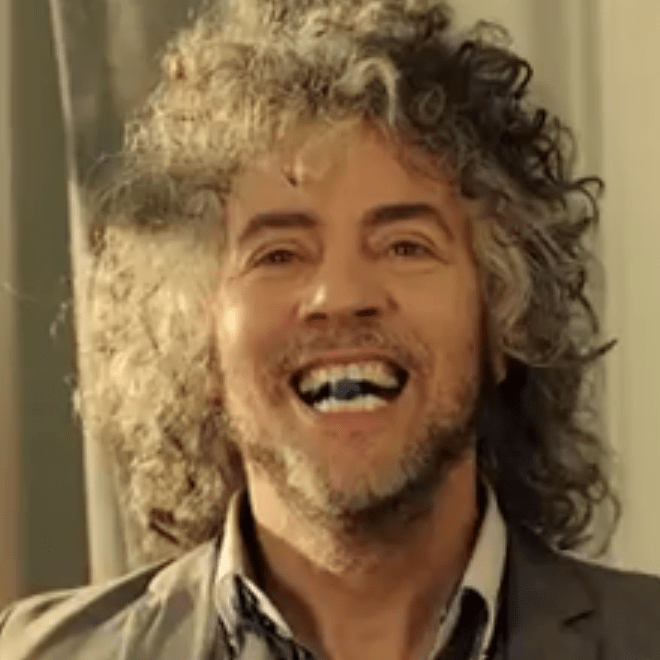 Robert Kirkman, Garth Ennis, Grant Morrison, and Wayne Coyne. What do all of these men have in common with? They all create comic books. Yes, The Flaming Lips frontman has expanded his resume to involve the market of caped crusaders, and will make his inked debut with The Sun is Sick. (CoS readers and Coyne’s Twitter followers will no doubt recognize his insane artwork in years’ past.)

The adult-themed comic is a “full-color psychedelic fantasy in classic comic book form” and will surface this weekend at San Diego’s Comic Con 2013, and appear online via the Lips’ official store beginning July 22nd for a limited run.

WARNING!! The Sun Is Sick may be a comic book but make no mistake; this is not suitable for children and depending on what sort of person you are, it may not be suitable for some of you non-children either. If you have doubts at this moment then The Sun Is Sick is not for you. If you happen to be a LIPS fan that has enjoyed Wayne’s beautiful artwork in the past and like adult-themed comic books then by all means this instant Collector’s Item is waiting for you, but you better be quick.

At current press time, there was no confirmation whether or not this would involve Batman, Deadpool, and/or Rick Grimes. In the meantime, consult the Lips’ forthcoming itinerary, which includes dates alongside Spiritualized and Tame Impala.