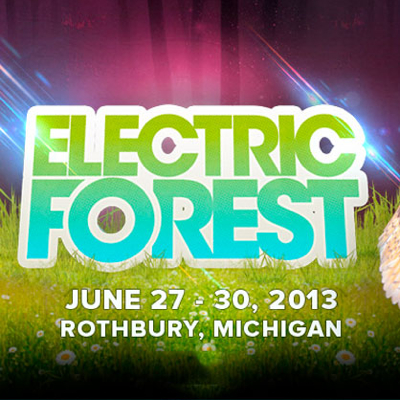 With a population of approximately 450 permanent residents, the township of Rothbury, MI, explodes to nearly 25,000 visitors during the four-day Electric Forest Festival. Produced by the Boulder-based Madison House Presents, in conjunction with EDM-stalwarts Insomniac Events, Electric Forest is an eclectic convergence of Colorado’s heady vibes and Southern California summertime hedonism. Located on the normally Old West-themed Double JJ Ranch, the sprawling grounds are transformed into a prolific multisensory experience with new discoveries continually flowering from the forest floor.

During Electric Forest, attendees are not only urged to discover new music (85% of which is combed from the extensive roster of Madison House), but coaxed to live outside of themselves: to lose the heels and climb a tree, forget about raging and raving and find solace in the expansiveness of nature, and most importantly, drop any facade and discover their own transcendent connections. This might seem like a lofty goal, but with free gong medications, yoga, drum workshops, live art, a swapping tree, the “Reincarnation” zone, and a new Observatory area all established with little noticeable corporate sponsorships and no lasting negative environmental impact, EFF exceeds the due diligence needed to create a temporary utopia among the radiant woods.

Like many massive festivals, the last hurdle before the late-night splendor of EFF is the lengthy line of cars flowing into the campground. With all direct lanes leading into the ranch used for festival traffic, one begins to wonder how locals can even escape Thursday evening if an emergency would occur. But while maneuvering through the sea of autos, it seems the township’s residents (at least the ones that remain) have embraced the culture and financial implications of the festival. Between the security teams, cleanup crews, vendors, site prep, and law enforcement — who are out in full force but truly epitomize the term “serve and protect” — the festival could very well employ the entirety of the township for those four days.

Noticing this symbiotic relationship between the townspeople and festival led me to search out a more local perspective on the event. Finding an eager participant certainly didn’t take long. Syd, who normally heads for quieter pastures during the festival, took the time to provide an extra set of eyes for this third installment of EFF. Usually reserved, Electric Forest 2013 saw Syd bust out of his shell and take a fresh look at the party beneath his tress. Electric Forest isn’t for everybody. Its treasures are only for those daring enough to make the journey. Here are our highlights!