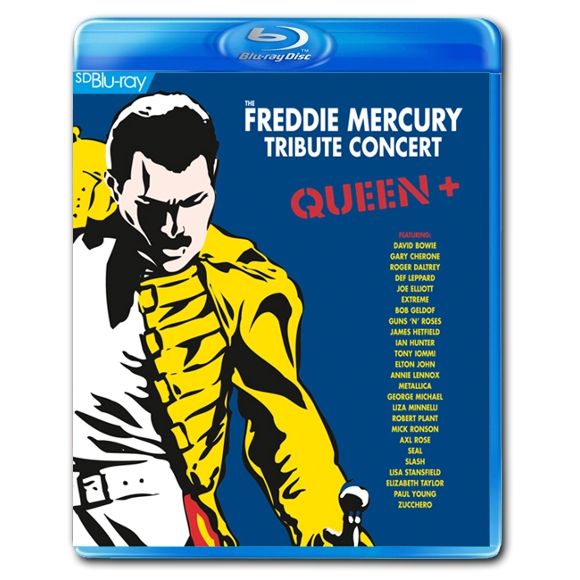 It’s hard to replace one of the rarest vocalists of all time (or the guy who should’ve played him), but on April 20th, 1992, a handful of singers stepped into the shoes of Queen frontman Freddie Mercury for a once-in-a-lifetime concert for AIDS awareness. Now, two decades later, the tribute show is coming to DVD and Blu-ray as The Freddie Mercury Tribute Concert: The Definitive Edition.

All proceeds from the DVD/Blu-ray will benefit the Mercury Phoenix Trust, which supports AIDS charities all over the world. The Trust was originally established with funds raised by this very tribute concert 20 years ago. Below, watch the trailer for the release, which features clips of John, Hetfield, Rose, and others singing the classics of Queen.