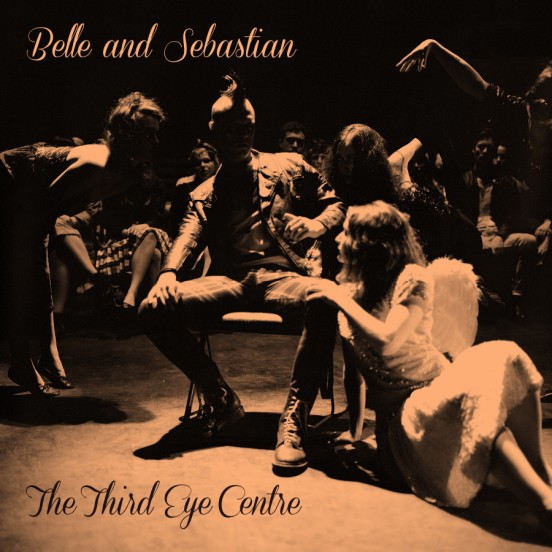 Halfway through Tigermilk, Belle & Sebastian‘s 1996 debut, the band’s gentle yet acidic baroque pop is interrupted by a flurry of synths pulled straight from the roller rink. It goes on for about five minutes before things return to their regularly scheduled programming. Unsurprisingly titled “Electronic Renaissance”, the track has always been divisive among fans, and for good reason. It’s not that bad of a tune, but the mix is off (Stuart Murdoch sounds like he’s trapped in a well) and, most notably, it sounds nothing like the rest of the album. That being said, musical oddities like “Electronic Renaissance” can often be a creative boon to a larger work (“Within Your Reach” on The Replacements’ Hootenanny comes to mind), so your overall opinion of Tigermilk probably depends on how you feel about its mid-game curveball. The same goes for The Third Eye Centre, Belle & Sebastian’s second collection of b-sides and rarities.

This time, however, there are three curveballs or, more specifically, remixes. The album even kicks off with one. The Avalanches’ spin on “I’m A Cuckoo” first appeared as a B-side of the song’s single back in 2004, replacing the Thin Lizzy guitar line with flutes (pan- and otherwise) and everything else with accordion, African tribal percussion, and chanting. It’s better than it sounds because, a) The Avalanches know what they’re doing, and b) everything used in the arrangement shows the appropriate age. These are instruments and ideas that, although not representative of a typical Belle & Sebastian song, are by no means outside of Murdoch and Co.’s vintage wheelhouse. The Avalanches didn’t just slap some effects on the track and call it a day.

Unfortunately, that’s what happens on Miaoux Miaoux’s sort-of reworking of “Your Cover’s Blown” and Richard X’s take on “I Didn’t See It Coming”. The former becomes a cheap runway soundtrack due to a sped-up finale and more (always more) cowbell, while the latter gets the same dark dance treatment as the Mortal Kombat theme. Placed at the one-third and halfway points of a tracklist sprinkled with some of Belle & Sebastian’s strongest non-album material, the remixes end up being the sorest of thumbs.

This normally wouldn’t be too big an issue; rarities anthologies are by and large meant to be mixed bags. But 2005’s Push Barman To Open Old Wounds was so rock-solid, so perfect from front to back, that it proved Belle & Sebastian to be capable of intensely discriminate curation. Sequencing several early-era EPs and singles in chronological order made the project feel like a proper album as opposed to an assortment of odds and ends. It also helped that the band never strayed too far from what makes them great. Here though, “Your Cover’s Blown” breaks up the autumnal prep-school charm of “Your Secrets” and the Stevie Jackson-penned “I Took A Long Hard Look”. The same goes for “I Didn’t See It Coming”, which brings down the slinky raga of “The Eighth Station Of The Cross Kebab House” with its electropop-101 keys. Even the surf-rock throwaway “Passion Fruit” creates a lull after the Simon and Garfunkel-isms of “(I Believe In) Travelin’ Light” (Jackson as Garfunkel) and “Stop, Look And Listen” (Murdoch as Simon).

Given the sheer number of tracks (19 in total), The Third Eye Centre still has enough FM bliss to satisfy the most casual fan, and obsessives might even dig the genre-shunning experimentation. “Suicide Girl”—a Write About Love outtake that trumps almost everything after that record’s opening track—should appeal to both parties with its new wave hook and classic Belle & Sebastian subject matter: a narrator pining over an outcast, this time a girl who wishes to be on the notorious softcore site. “Heaven In The Afternoon” makes similar use of grim subject matter offset by a sunny arrangement (a Belle & Sebastian staple), with Sarah Martin waxing sentimental about overdosing amidst yacht rock saxophone and strings. There aren’t quite enough of these ringers to bring The Third Eye Centre to the A-game level of …Barman, but they at least make for a decent compilation album. And, some bands aren’t even capable of that.