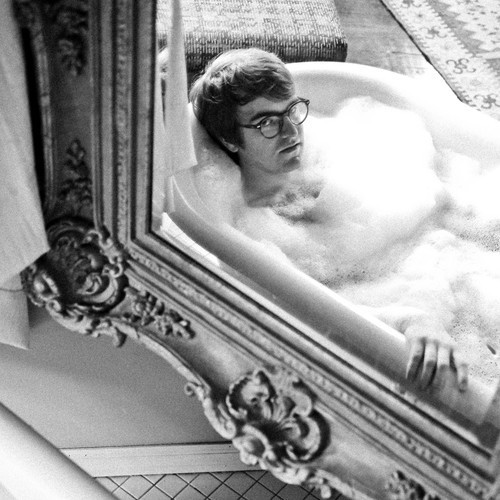 The press release for Warm Blanket, the third offering from Mississippi-born pop tunesmith Dent May, boasts of how the record was recorded in a “haunted Victorian house” in St. Augustine, Florida. Maybe that’s true, but you’d never guess it by giving the record a spin. Whatever murkiness that clouded the record’s process has been cleanly scrubbed away, as the end results of Warm Blanket show anything but. Instead, May, who tackled the lion’s share of instrumentation on his lonesome, with scant help from a few Florida locals, puts forth another polished collection of palatable pop rock that’s touched with the kind of warmth its title implies.

Though they carry a uniform warmth, the songs are shaded in different musical colors, from baroque ’60s pop flare (“Born Too Late”, “Corner Piece”) to Brian Wilson-inspired sun pop (“Yazoo”, “It Takes A Long Time”). Other songs crossbreed genres like ’70s dad rock and psychedelia (“Do I Cross Your Mind”) or country rock (“Summer is Gone”). There’s also plenty of synthy, new wave cheekiness scattered about for good measure.

This is hardly new territory for May, who put his kalaidescopic pop sense to fine use on last year’s Do Things. But, this followup is the logical next step from its predecessor, a record that fleshes out and builds upon his finessed pop fetish just so, all without breaking free of the formula. It might not be a bold step in a new direction, but there’s little use fixing what isn’t broken. “I’ll tell you what,” May declares soulfully on “Let Them Talk”. “I thought about it a million times, and I just don’t give a fuck.” Cocky? Maybe, but that confidence carries the record. In the end, Warm Blanket offers proof that sometimes it’s good to stick to what you know.