Explosions in the Sky and David Wingo – Prince Avalanche 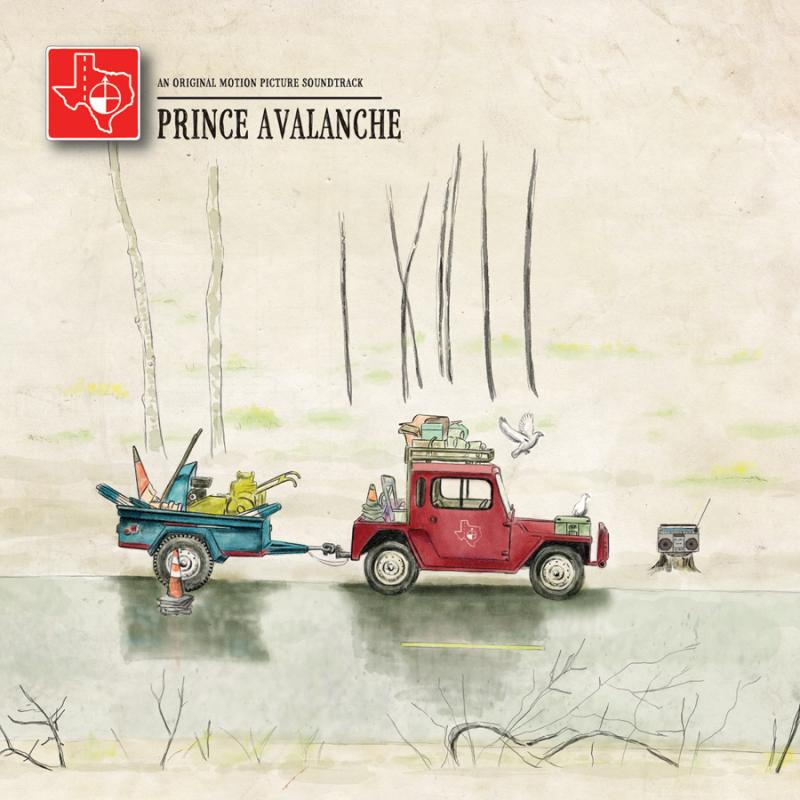 Explosions in the Sky scored a new film. Of course they did. The Austin instrumental post-rock group struck gold both creatively and exposure-wise with their unlikely pairing with adapted film-turned-NBC series Friday Night Lights. The band’s flair for dramatic swells can make sitting in a chair feel like climbing Everest. To not have tried to build on that success would have been a sorely missed, entirely obvious and expected opportunity.

But wait: there’s more. Explosions in the Sky scored a new comedy starring Paul Rudd and Emile Hirsch. They collaborated on the soundtrack with Ola Podrida frontman David Wingo, it almost completely eschews amplification, and over half of the tracks are under two minutes long. And, perhaps most surprisingly, it’s a more-than-worthy listen on its own.

David Gordon Green’s Prince Avalanche revolves around the two aforementioned protagonists at work on a remote road in the woods in 1988. There are, however, zero traces of the era’s sonic traits here – and barely any of Explosions in the Sky’s defined features. Instead, it’s almost all acoustic. Lonely, high-octave piano melody lines are the primary voice. There are no sprawls, yet there is a familiarly delicate quality to the entire work that elevates it out of serviceable soundtrack territory. This record is still dominated by grooves that don’t move anywhere in a hurry; they’re just much more fragmented.

With 15 tracks spanning 38 minutes, there aren’t a whole lot of opportunities to connect or build on ideas, but the artists do a fine job of traversing dynamics. “Wading” is strictly ambient, while “Theme from Prince Avalanche” features dancing woodwinds, piano, and acoustic guitar weaving together. “Join Me On My Avalanche”, one of the longest tracks, builds off of drummer Chris Hrasky’s furious rolls for a couple of minutes, minutes that are undoubtedly the closest the album gets to old-form Explosions. Occasionally, certain figures will repeat, as is expected to happen on some soundtracks, but not enough for it to distract from an otherwise consistently soothing listen.

This album feels more like a compilation of demos for an exclusive Explosions-David Wingo collaborative studio album than a soundtrack. And, after news of their second Green soundtrack on the way now, that idea doesn’t sound so unlikely.

Essential Tracks: “Dear Madison”, “Join Me On My Avalanche”, and “Send Off”