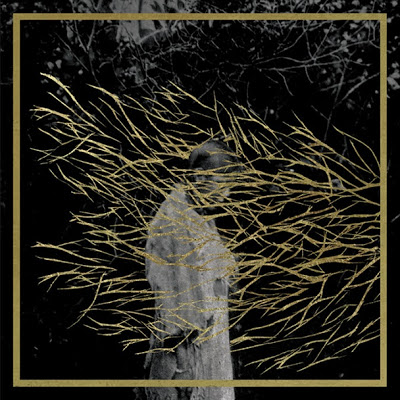 The phrase “exciting UK producer” is only matched in ubiquity these days by “exciting young Chicago rapper,” and Forest Swords is the latest to add to the former column. Much like the violence-affected verses of Chicago’s youth, the project of Matthew Barnes is colored heavily by his home, instrumentation barely hanging on in the rainy wind, everything doused in a hazy, gray downpour. Barnes’ debut LP as Forest Swords, Engravings, isn’t solely inspired by present aspects like today’s weather; instead, it’s a blend of the modern prevalence of dub and the harsh mysteries of Norse invasions in England’s distant past.

At face value that connection might seem like a bit of a leap, but the track listing’s strange placement of Js mid-word and references to Thor build the bridge. The vocals, when present, are either effect-laden past a point of clarity (as on “Irby Tremor”) or samples that shiver and chatter in the cool, moist breeze (as on opener  ”Ljoss”), echoing the Babel-ish blending of Germanic, French, and other languages into England’s history. “Thor’s Stone” opens with war toms and fog rolling on the battlefield, later met by a resonant flute overblown with a brow-furrowed urgency, the invasion spreading.

But the present will not be denied. While the guitar on Barnes’ Dagger Paths EP often felt pulled from a cowboy soundtrack, the plinking quality afforded on tracks like “The Weight of Gold” give them a sort of demented steel drum quality, the dub pulled through a dark mirror. The clacking loop that opens “Onward” seems to stutter, at first triggering a thought that the track is skipping, before an underpinning of malevolent bass and tinny high-end brings everything into a droning focus.

“Gathering” is a key example of the duality that Barnes manages to pull off. The track pulses its vocal contributions until their ancient, monastic incantations become the rhythmic bed for a darkened groove meditation. Engravings is the sound of a man walking out into the coastline with his headphones on, the epic, Saxon past showing through the fog and playing with the Anglo present’s love of electronic music.