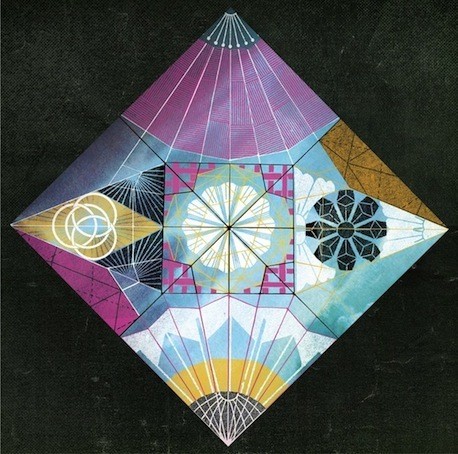 Warp & Weft was conceived while Portland, Oregon-based singer-songwriter Laura Veirs was pregnant with her second child. The ninth studio album in a productive career sees Veirs juggling the contentment of motherhood with preoccupations of fear and tragedy. “I’m haunted by the idea that something terrible could happen to my kids but that fear pushes me to embrace the moment,” Veirs explained in an accompanying press release, revealing the dichotomy of fear and love heard throughout.

The album opens brightly with “Sun Song”, immediately giving the sense that Veirs has edged closer to the mainstream. Her vocals are less rootsy and stylized, yet still unmistakably her own, the song evoking the change of seasons. The welcoming sun is heralded by balmy acoustic guitar and pedal steel, while glacial electric guitar reflects the end of winter. Further into the record, the string-embellished “Shape Shifter” contemplates the coming of winter with steely resolve: “Winter’s on the way/ I think we’re gonna make it out if we stick together now.” Tears and joy then alternate in “Ten Bridges”, a song that rivals “Shape Shifter” for its beautiful simplicity.

The album title, which references the craft of weaving, promises a collaborative effort. Produced by Veirs’ husband and musical mainstay Tucker Martine, it includes guest spots from Jim James, k.d. lang, Neko Case, Brian Blade, and a few of The Decemberists, alongside her customary ensemble of guitarist Carl Broemel, bassist Karl Blau, Rob Burger on keys, and Martine himself wielding sticks. As might be expected, the lineup contribute rich vocal and instrumental tapestries, deftly stitched together by Martine. Variety comes from songs like “That Alice”, an ode to jazz harpist Alice Coltrane, curiously realized with rock guitar, and a brace of short, atmospheric instrumentals. The lyrical themes span suicide (“Dorothy Of The Island”) and Hiroshima (“Sadako Folding Cranes”). It all reaches a glorious crescendo with the final track “White Cherry”, an infectious jazz infusion that builds organically, Veirs floating over layers of harp, tenor sax, piano, organ and soft, cymbal-rich percussion.

Warp & Weft is arguably the richest and most expansive album yet from Laura Veirs, and a real antidote to anyone who might label her as simply a folk singer. It is a mature and impressive collection that connects love and fear holistically.