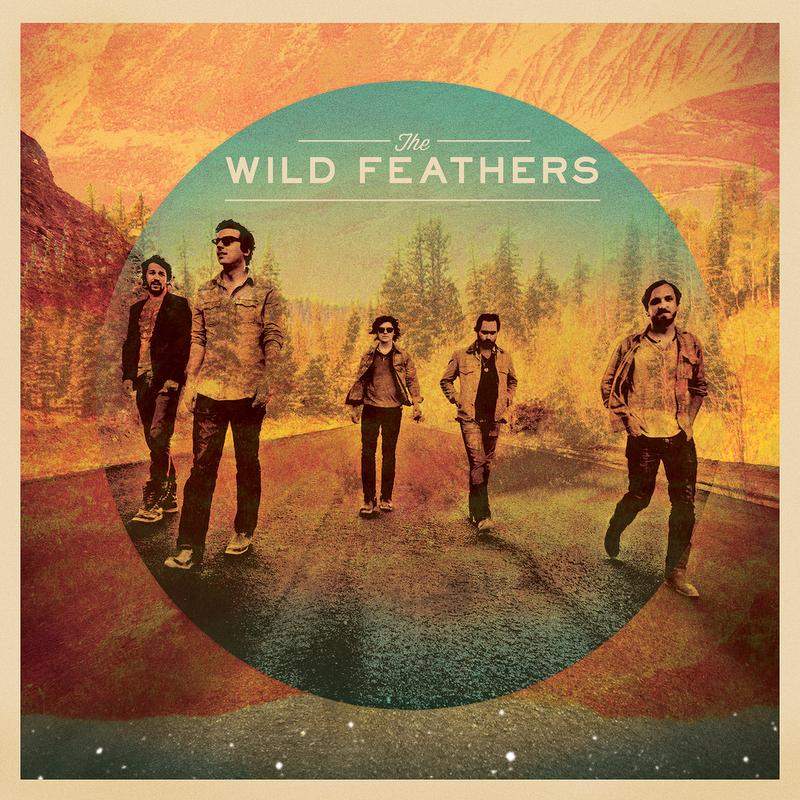 Where should homage stop and originality begin? And, how does any up-and-coming band find the perfect blend of the two? All musicians owe a debt of gratitude to their predecessors, to those who inspired their love of power chords or heavy bass riffs and drove their commitment to the dreary hours of practice it takes to master any instrument.

This push-and-pull is, ultimately, what The Wild Feathers’ self-titled debut is all about. Despite their airy name, these five Austin boys bring forth a heavy, swinging-for-the-bleachers slice of Americana that, at times, feels like it’s all Tom Petty and the Allman Brothers—a covers album where the songs have different names. However, picking out what’s fresh and new, digging past the veneer, is one of the most rewarding parts of listening to The Wild Feathers.

“The Ceiling” is the album’s lead single for a reason. It feels and sounds like watching small town scenery pass by through a passenger side window on a beautiful day, the audio equivalent of the promise of possibility. These are songs that were written to be played live, so it’s no wonder that the group has already gotten exposure on the festival circuit. “Left My Woman” is a softer take on the album’s themes of nostalgia and life on the road, hopeful despite the harsh reality that “all my money is gone.” Closing out the album, “How” is a slow-burning stunner, and it serves as further proof that the Austinites have mastered the art of fused melancholy and optimism that defines some of the best work in the Americana genre.

While The Wild Feathers clearly have the chops, what remains to be seen is whether they can develop their own voice separate from their forebears, and separate from what fans have come to expect. It will be interesting to continue to watch this group carve their own path, bringing classic sounds into the 21st century without getting lost in them.

Essential Tracks: “The Ceiling”, “Left My Woman”, and “How”