Travis – Where You Stand 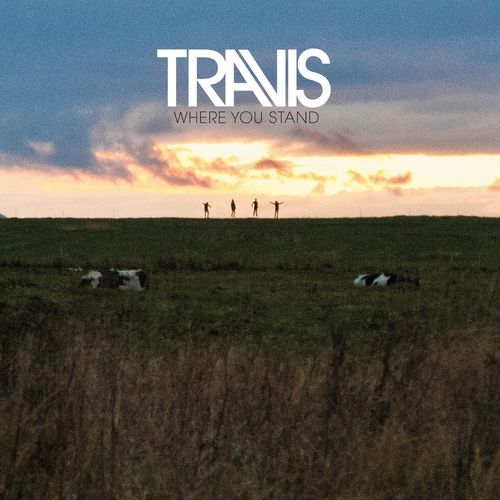 “Why does time move so fast?” Travis frontman Fran Healy ponders bittersweetly on “Reminder”, the third track on the Scottish foursome’s latest full-length, Where You Stand. “Precious things never last.” The thought is just one of many scraps of wisdom that the song imparts. Clean your plate. Only love, don’t regret. Remember all the dates you forgot to keep, not to mention all the rounds you should have paid for. “Reminder” is just that, a reminder to take stock of and appreciate the little things in life, the seemingly innocent gestures that, when pulled together, can tell your life story.

Where You Stand is an album marked by that sort of thoughtful contemplation and wide-eyed wisdom. Coming from a band that is swiftly approaching the quarter-century mark, it’s easy to buy into the message. Travis is a band that can impart that kind of know-how without clumsily tripping into the arena of ham-fisted preachiness. They’ve endured their highs and lows, experienced the wonders of living life as a band and the stress that can bring such a lifestyle to a halt. Now on their seventh full-length album, they offer up the weight of their experiences.

The band’s first album  since Ode To J. Smith comes after a five-year sabbatical, the longest between-record breather in Travis history. By all accounts, the break was sorely needed. Healy and his bandmates openly attested to the fact that the downtime was needed to recharge, and they vowed not to return until they were ready to go again at full steam. Fortunately, in typical Travis fashion, they made good on the promise.

The album’s cover art depicts an open field resting quietly beneath a morning horizon, painting the appropriate picture of an album touched with rejuvenation. “Mother”, the album’s opening track, sounds like a band finding its second wind. The song opens with some subtle acoustic fingerpicking, but  before long it breaks open with big piano and drums befitting something from The Kinks’ 70s pop-infused mid-period. Meanwhile, Healy wonders aloud: “Why did we take so long?” Good question, but if the world had to go without the band’s services for an extended spell, at least its return is worth the wait.

There’s a lot here that will sound familiar not just to Travis fans, but also to legions of listeners who have latched on to the scores of bands that have built booming resumes off of the band’s influential brit-pop blueprint. That sound has become so ubiquitous over the years that it’s easy to forget Travis was Coldplay before there was Coldplay (it’s okay, Chris Martin will tell you as much). But the Keane-reminiscent “Different Road” or the palatable, mid-tempo pop rock of “Moving” are effective reminders of just how far the band’s influence has reached over the years.

Where You Stand reflects a band at peace, but it’s peace achieved through having successfully endured its share of bumps in the road. Although the band comes at the album with a healthy mindset, it still has its share of scattered clouds. Even when coming to grips with a fractured relationship (“Another Guy”) or stepping outside of the well-tested pop rock formula and into the realm of paranoid trip-hop (“New Shoes”), the lowlights can’t dull the band’s fresh perspective and sturdy resolve. “Lift me up or tear me down, I’ll stand right up again,” Healy proclaims on the album’s title track, and that more or less tells the story. Through circumstances good and bad, Travis is still here, and, from the sound of it, they’re a better band for it.