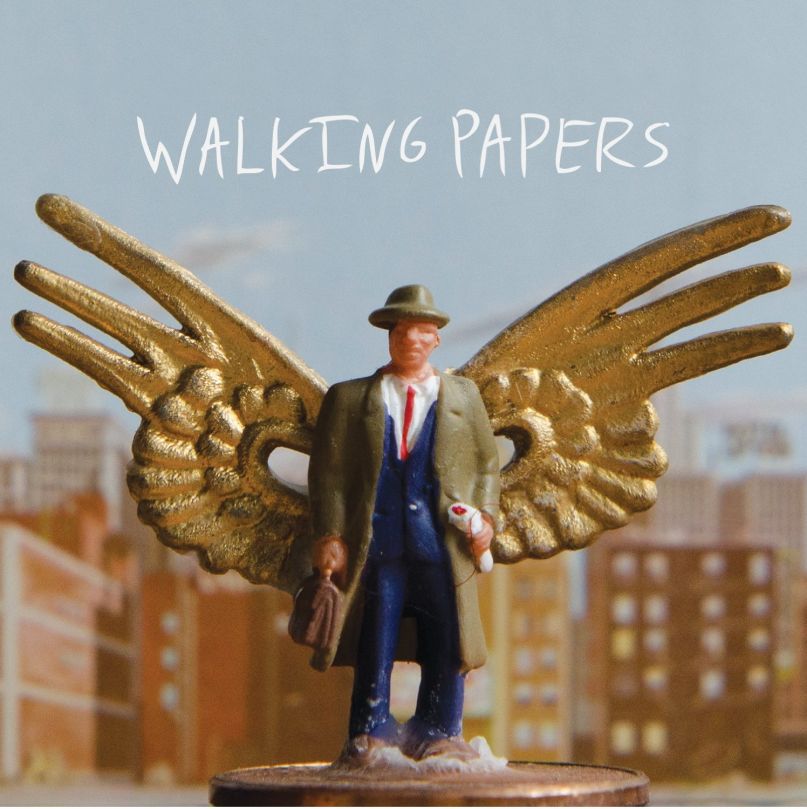 “Tonight the stars will burn out,” softly promises Jeff Angell on the subdued, slow-burning “Already Dead”. Odd that a band catching positive ink as a “hard rock super group” would open the first entry in their discography with a relative whisper. Then again, very little about the self-titled debut from Seattle’s Walking Papers can be filed under “expected.” It’s a record that largely eschews typical hard rock fare, opting instead for a blues rock that slinks and wafts as much as it crunches and blusters. This unlikely dynamic makes Walking Papers a pink slip you’ll actually be happy to get.

Singer-guitarist Angell’s narratives (spun from strung-together lyrical clichés) are at the heart of Walking Papers, with keyboardist Benjamin Anderson, bassist Duff McKagan, and drummer Barrett Martin supplying the appropriate compliment to the tale. A pair of star-crossed lovers trade life-affirming verses atop ember-like guitar and Martin’s soft, tribal drumming on the hushed “Leave Me in the Dark”. When Angell soulfully croons, “I was born with bloodshot eyes and a broken heart,” it could just as easily be a young man in Verona as Seattle.

Standout “Red Envelopes” traces the path from fetus to juvenile delinquent with buzz saw guitars, swinging horns, and punkish chorus slogan “the blood is on your hands.” And it’s impossible not to smile when Angell finally serves the boy up for adolescence: “He’s gonna put on his headphones to drown out the noise/ Because rock ‘n’ roll is the only escape for forgotten teenage boys.” Amen, brother.

And there’s plenty more here to satiate listeners. Pearl Jam guitar god Mike McCready lends filth to the bluesy grunge rocker “The Whole World’s Watching”; “The Butcher” plunks and plods on piano and marimba like a Tom Waits tune; and “I’ll Stick Around” swells beautifully on keys and harmonies.

Maybe Walking Papers will one day live up to that “hard rock super group” label. In the meantime, what they’re doing now is a lot more interesting.

Essential Tracks:  “Leave Me in the Dark”, “Red Envelopes”, and “The Whole World’s Watching”