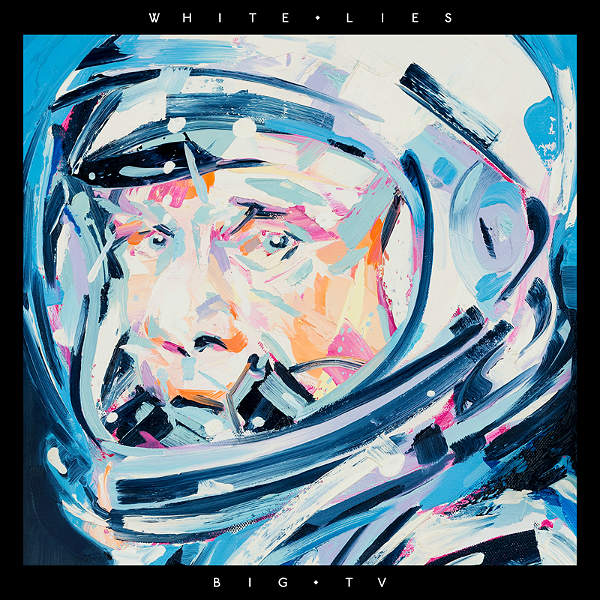 White Lies’ Harry McVeigh knows how to command his tenor voice in a manner that is both compelling and dangerous. This is a man that would pick you up for a first date after dark on a sleek motorcycle, a man whose allure lies in his ability to convince you to relinquish all control. From the first synth-heavy moments of Big TV, you realize you very badly want to go wherever it is McVeigh wants to take you, and the rest of the London outfit’s third album delivers on the promise of a wild night.

Big TV doesn’t stray too far from White Lies’ established form—it will invariably invoke comparisons to Interpol, Joy Division, and even early Killers. But, it’s hard to say that White Lies haven’t mastered their medium. The title track shimmers, rife with the kind of alienation and world-weariness that populates the rest of the album. The impression lingers, though, that some of this might be a front. “I’ve never been too good at change,” McVeigh admits on “Change”, one of the few tracks that offers a peek at the vulnerability underneath the bravado. He sells this just as convincingly as he does the darker persona, adding another layer of intrigue.

“First Time Caller” comes pretty close to pop perfection, but by this point in the album, it’s easier to pick out McVeigh’s distance from the material, as though he’s reading lines from a script. Ultimately, Big TV is hard to shake; once you’ve heard it, it will haunt you. It’s full of pitch-perfect songs, but it will lead to digging for the real emotion, the heart buried somewhere at the center.