Cover a song, upload it to YouTube, and you may get sued 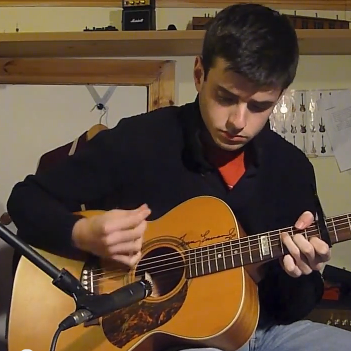 Music publishing rights owners have finally had their fill of teenagers with guitars posting cover songs to YouTube. The National Music Publishers’ Association (NMPA) has filed suit against the L.A.-based Multi-Channel Network (MCN) Fullscreen over “its illegal use of unlicensed musical works” in YouTube cover videos. With over 15,000 channels, 200 million subscribers, and 2.5 billion monthly views, Fullscreen is one of YouTube’s largest MCNs – networks that produce their own entertainment content and represent other creators in a range of Internet markets.

As The New York Times reports, the suit alleges that Fullscreen and its founder, George Strompolos, have willfully ignored their obligation to obtain licenses and pay royalties to exploit the vast majority of the musical content disseminated over Fullscreens networks.” In other words, none of the advertising revenue made from hits on YouTube covers of popular songs ends up in the hands of the people responsible for actually writing the music and lyrics.

The problem of copyright infringement and unlicensed use of music is endemic to the MCN industry, NMPA president and CEO David Israelite said in a statement. Fullscreens success and growth as a digital business is attributable in large part to the prevalence and popularity of its unlicensed music videos. We must stop the trend of ignoring the law, profiting from someone elses work, then asking forgiveness when caught.  It is not only unfair, it is unacceptable.

Many of the publishers involved in the suit fall under the Warner/Chappell Music (owned by Warner Music Group) banner, along with independent publishers like Peermusic and Songs Music Publishing. Universal Music Publishing Group reached a licensing deal with Fullscreen and another major MCN, Maker Studios, back in February. Apparently, Maker and NMPA have come to a preliminary agreement on similar licensing concerns, but NMPA’s announcement of the suit insinuates that negotiations with Fullscreen may have fallen through.

According to The Times, a number of singles by artists like Lady Gaga, Kanye West, and Britney Spears are listed as songs used without proper licensing in an exhibit submitted for the case. Just so we’re clear, covers of “Alejandro” or “Black Skinheads” are currently actionable offenses, but the following covers of Universal artist Taylor Swift’s “We Are Never Ever Getting Back Together” – all from Fullscreen’s network – are completely legit. Let’s hope the A.V. Club has their shit together.