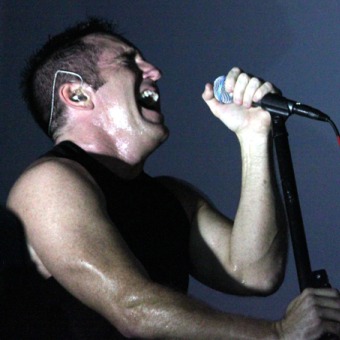 It hasn’t been the best of weeks for Nine Inch Nails frontman Trent Reznor. He didn’t win many over with the release of the band’s new song “Everything”, and now one of Australia’s biggest festival promoters is publicly lashing out against him.

AJ Maddah, who earlier this year was named the most powerful person in Australia’s music industry, announced the lineup for his annual Soundwave Festival last night. Acts such as Green Day, Stone Temple Pilots, Placebo, and Alice in Chains top the bill. However, despite reports that Soundwave was close to securing Nine Inch Nails, Reznor and Co. are nowhere to be found.

Following the lineup announcement, Maddah took to Twitter to address the Nine Inch Nails omission, and he didn’t hold back.  Maddah claimed Nine Inch Nails turned down Soundwave because Reznor wanted to play to a more “sophisticated fanbase.” He wrote, “Trent wants to be mainstream now and reach Justin Timberlake’s audience… it feels sad he no longer wants ‘goths and people in black.'”

Check out screen grabs of his entire rant, below:

FWIW: Reznor and Nine Inch Nails previously played Soundwave in 2009, alongside Alice in Chains, Lamb of God, and Dillinger Escape Plan, among others.

In related news, sophisticated fans who dug Came Back Haunted, Copy of A, and “Find My Way” can pick up the band’s new album, Hesitation Marks, beginning September 3rd via Columbia Records. Unfortunately, none of the configurations include this sophisticated, fan-made video for “Everything”, so we’ll just embed it in every NIN news story for the foreseeable future. Enjoy!