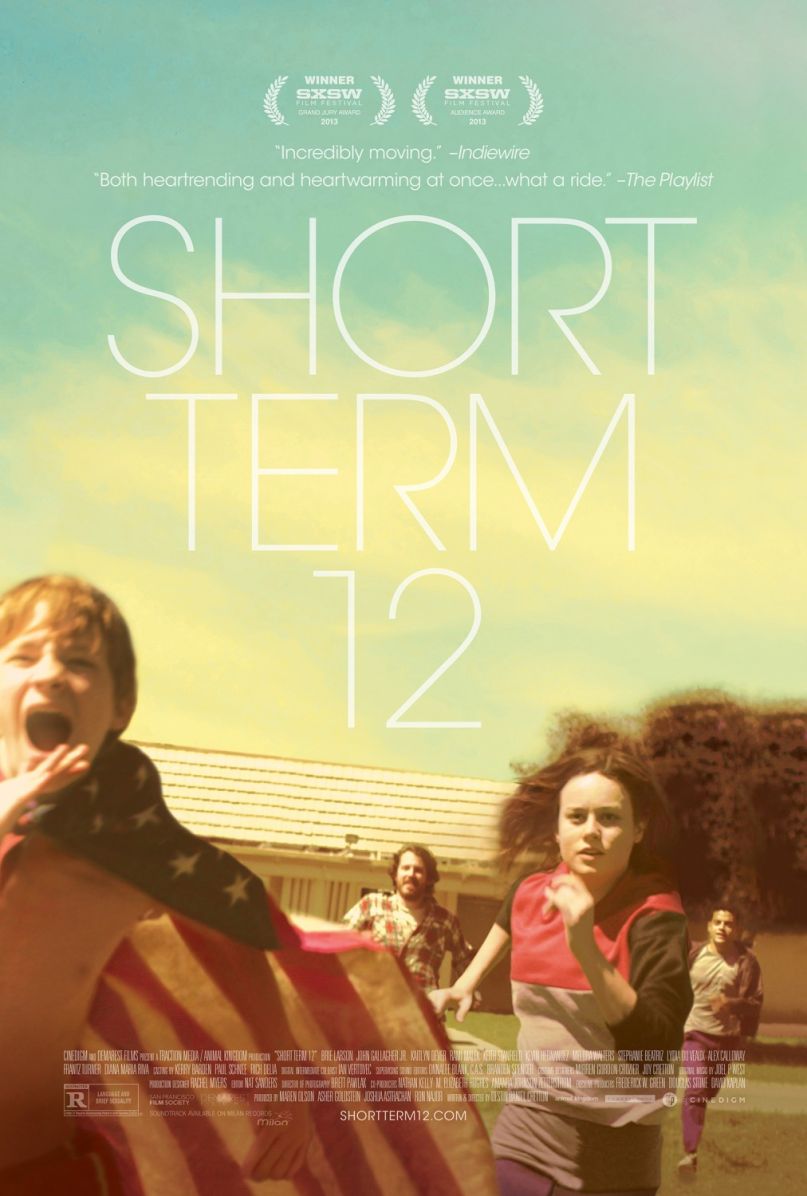 In Short Term 12, Brie Larson has to play two roles. No, she isn’t playing a pair of clones or identical twins. It’s more challenging than that. Larson’s performance of Grace is a tale of two identities. We first meet Grace at a home for troubled teens where she is a head counselor- equal part stern and likeable. She encourages teens to take part in group discussion, is eager to plan another’s going-away party. She is a respectable leader at Short Term 12. When we visit with her outside of the facility, Larson gives us another take on the character. This Grace is withdrawn and fearful, afraid to open up to or maintain eye contact with adults away from work. Which woman is the real Grace? How can she counsel kids who want to run away from their problems, while she can’t stop running from her own?

Larson delivers one of the great performances of 2013. As the complicated Grace, she carries the film to places others in her age group may not be able to reach easily, and does so effortlessly. Often times actors surrender to schmaltz when spending most of their screen time with precocious and challenging children. Larson deftly avoids this trap, and while the storytelling may betray Short Term 12 by the time the end credits role, the acting holds strong. We’re never not taken with Grace, her co-workers, and her wards. We root for them the whole way through.

Director Destin Daniel Cretton’s feature-length debut is based on a short film he made in college, which follows the male character of Denim. Like Grace, Denim works at Short Term 12, only his drama unfolds in a 22-minute running time. Cretton won acclaim for the short, but upon adapting it as a full-length feature he decided to change his lead from male to female. This may be the decision that makes Cretton’s career. Holding true to his original story with Denim may very well have worked for the adaptation, but after witnessing Larson’s portrayal, its nigh impossible to imagine anyone else leading the charge.

Grace character quietly reveals scars, both physically and metaphorically, as the film moves along. This is due in large part to Jayden, a new arrival at Short Term 12. Grace’s relationship with Jayden (Kaitlyn Dever, who did wonders in season 2 of FX’s Justified) begins to mirror her own childhood, and “work” Grace slowly begins merging with “real world” Grace. This proves problematic in her personal life, particularly with her boyfriend Mason, played by John Gallagher, Jr. (HBO’s The Newsroom).

A love story in these films can become a detrimental distraction, but both Larson and Gallagher, Jr. have great chemistry together. It’s refreshing to see Gallagher in a role that is light years away from his uptight, oblivious character on The Newsroom. Whereas he is often the root of any relationship problem on that TV show, in Short Term 12 the tables have turned. Mason is open and honest at all times, which makes it difficult to connect with his closed-off girlfriend. This conflict drives the B-storyline, and makes it as important as the events happening at Short Term 12. Their relationship never seems shoehorned in.

The teen actors in Short Term 12 are able to play well with their adult counterparts. In addition to Dever’s Jayden, other standouts include Kevin Hernandez as loudmouth Luis, who is constantly butting heads with Keith Stanfield’s Marcus. Stanfield, the only returning cast member from the short film, is a revelation. One of the best moments of the film takes place in Marcus’ bedroom, where he raps a new song for Mason. Cretton lets the camera sit on Marcus throughout the rap- an intense close-up that captures the rage this otherwise quiet young man can only let out through verse. Larson’s performance may be the most memorable down the line, but she has several actors engaging enough to bounce off of.

With so many positives, it’s easy to look past the negatives. In a film filled with troubled kids and grown-ups dealing with grim material, the outcome for many of the characters may not ring true. Bad things happen to good people all the time, and while it’s true we can overcome these events, sometimes we can’t. Short Term 12 focuses on triumph over realism as the movie nears its end (forcibly so in one case), but that doesn’t take away from the film’s first 90 minutes. In those 90 minutes, a star is born. Here’s hoping Brie Larson doesn’t burn out too soon.