Foo Fighters' new album is written, to be released in 2014 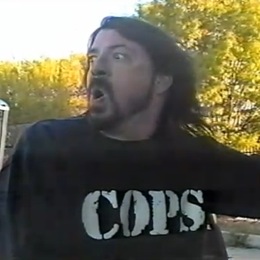 Just when you thought there were no albums left for 2014, Dave Grohl comes to the rescue. Speaking to UK radio station XFM today (via Crave), Grohl revealed that he has finished writing the follow-up to Foo Fighters’ excellent 2011 record, Wasting Light.

Grohl said that the album is still “a little ways off – it’s not ready to happen right now but I think next year is going to be a really big year for the Foo Fighters without question.”

Grohl didn’t share many specifics, but did claim the band is “going to make this album in a way that no-one’s ever done before,” adding, “we’re pretty excited about it.”

In an interview with FasterLouder earlier this year, guitarist Chris Shifflett made a similar tease: “I can’t go into too much detail, but . . . I’m excited about it. Dave’s got a bunch of new songs and the way that we’re gonna make the new record — like, the approach for it — is gonna be pretty fucking fun. And different. I feel like Dave’s always looking for ways . . . to keep things exciting and keep things inspired and fun. I think he’s got some good ideas for this next one.”

While we wait for more details, let’s watch Foo Fighters rock the fuck out at Lollapalooza 2011.