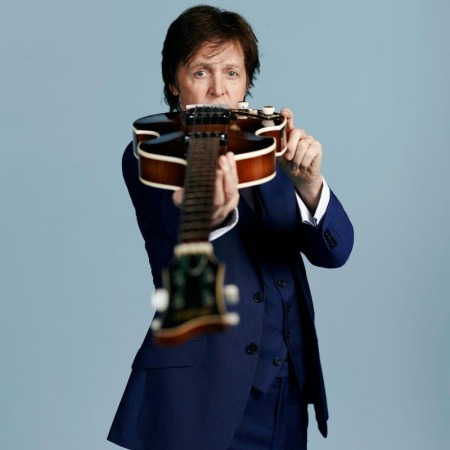 Sir Paul McCartney is back with something “New” from his new album, New.

Yes, it seems as if the former Beatle wants to make it abundantly clear that his 16th solo LP is comprised entirely of new material, marking his first such effort in six years. (McCartney’s previous release, 2012’s Kisses on the Bottom, featured reworked pop standards and covers.)

New, the album, will be released in the US on October 15th (and elsewhere on the 14th).

“New”, the song, is streaming below and available for purchase via iTunes. Produced by Mark Ronson, the horn-driven pop song is reminiscent of Revolver-era Beatles.

McCartney recorded with several other new collaborators for the album, including Ethan Johns; Paul Epworth (Adele); and Giles Martin, the son of classic Beatles producer George Martin. According to a press release, additional album details will be revealed in the coming weeks.