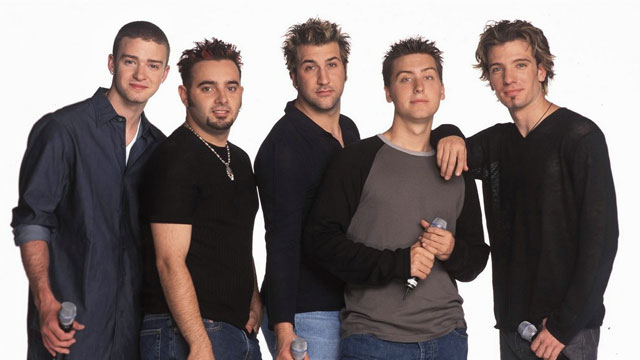 This year’s MTV Video Music Awards are to feature performances by Kanye West, Katy Perry, Lady Gaga, and maybe even Daft Punk. Justin Timberlake is making an appearance, too, and if you believe a new report in The New York Post, he’ll be joined by the rest of ‘N Sync for their first performance since 2004.

Over the weekend, all four of Timberlake’s ‘N Sync group mates — J.C. Chasez, Lance Bass, Joey Fatone and Chris Kirkpatrick — were spotted together at Timberlake’s concert with Jay Z in Miami.

Quoting an unnamed source, The Post reports that N’Sync will come together at the VMAs to celebrate Timberlake’s receiving of the Michael Jackson Video Vanguard Award.

News of the group’s reunion certainly comes as a bit of surprise. In recent years, Timberlake appeared uninterested at the idea and often refused to even address the possibility in interviews. What’s more, according to Kirkpatrick, Timberlake failed to invite any of his group mates to his wedding in order to avoid an ‘N Sync reunion.

The rest of ‘N Sync has been open to the idea, however. Back in January, Fatone tweeted his support for a reunion, writing, “Want an ‘N Sync reunion?! I say, who knows if it will happen, but if time came, I would be down to do it! U got my answer! 4 to go, good luck.” In February, Bass told E! News that he didn’t see a reunion “happening any time soon,” but added, “Justin is a little busy at the moment. Maybe when he is done, we might have a little reunion.”