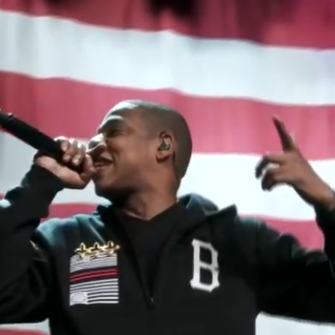 Director Ron Howard and producer Brian Grazer, the Oscar-winning duo known for films such as A Beautiful Mind, Apollo 13, and most recently, their role on season four of Arrested Development, were on the scene at Jay Z’s inaugural Made in America Festival last September. They’ve created a film about the festival, “born through Jay-Zs perspective… how he puts the event together,” which will premiere September 8th – 18th at the Toronto International Film Festival.

Meanwhile, one week prior (August 31st – September 1st), the second Made in America Festival will take place in Philadelphia featuring the lineup of Beyoncé, Nine Inch Nails, Phoenix, Queens of the Stone Age, Deadmau5, the Black Hippy crew (Kendrick Lamar, SchoolBoy Q, Ab-Soul, and Jay Rock), Empire of the Sun, Haim, ASAP Rocky, Public Enemy, Miguel, and AlunaGeorge, among others.