Stream Slow Dance in the Cosmos, the debut LP from "bummer-pop" outfit Porches. 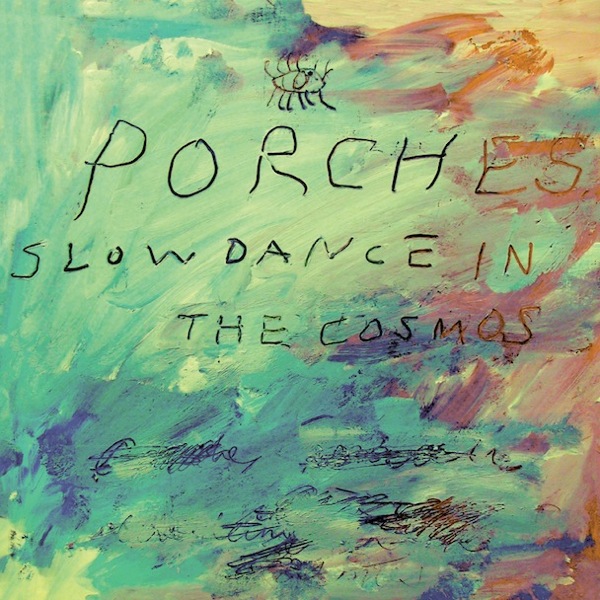 Aaron Maine and his Porches. outfit have spent the last two years carving out their spot in the Brooklyn scene, becoming regulars at spots like Shea Stadium, Big Snow, Death by Audio, etc. And while they’ve earned a reputation as a prolific live band, we’re still unable to pin down their particular sound. As they display on their debut LP, Slow Dance in the Cosmos, Porches. takes a little of this, a little of that, douses it in the smell of depression and beer, and calls it “bummer-pop”.

Album cut “Skinny Trees” is a woozy rocker, teetering on heavy peddle play like a dejected drunk at once angered and awed by the madam who rejected him. It’s like Maine personified as he wails, “She’s skinny like the trees / The air looks good around her body / And I’m a New York City slug.” “Franklin the Flirt” opens with what could be a morose hip-hop beat until it’s leveled out by acoustic guitars, and then lifted by a swaggering bass line. “After Glow” shimmers and vibrates with such a variety of sounds – wood blocks, zapping synths, and nocturnal bird-like calls – that it could be a future-R&B tune if not for the sheer abundance of it. And then there’s “Xanny Bar”, a comparatively sparse folksy number.

Through all that variety, the floating, cosmic electronics that dress much of the album keep it all from becoming a mismatched wardrobe. On top of it all sits Maine’s half-lazy, self-deprecating, and often wry lyricism. “I’m no good at the city / Oh, me / You are very pretty / Oh, me, I’m just a ditz / won’t you kiss me on my lips,” he croons on “Intimate”, a genuinely sheepish plea. That kind of moping confidence is imbued throughout the Slow Dance in the Cosmos, yet the rich sounds keep you coming back for more; hence, bummer-pop.

Slow Dance in the Cosmos is due August 27th via Exploding in Sound.