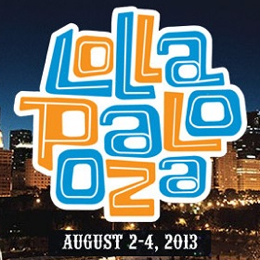 Lollapalooza is officially two-thirds over. Do you know where your children are? Statistically speaking, they’re likely rocking some ’90s-style acid-washed cutoffs with a homemade crop top to match. Fashions repeat themselves and so do lineups. But Saturdays Lollapalooza schedule managed to pay tribute to the past while focusing a keen eye on impending waves. Fans could take in the The National, plus a swan song performance by The Postal Service, and then go sample Kendrick Lamar, Local Natives, and Foals. Not too shabby.

The high number of stages gets a tad overwhelming, but day two proved that most attendees are fully capable of constructing elaborate systems of festival ground ricochet, hopping in for a few songs here while jetting out to a couple of showcases over there. Imagine 80,000 of your closest friends each wandering in their own direction at once, as though a cog in the wheel of a complicated dance number.

Between the abundance of bao dumplings and lobster corndogs, late set cancellations from Death Grips and Azealia Banks, and the soothing harmonies of HAIM providing an encouraging soundtrack for Port-O-Let lines, things are best taken in stride. Dont like the band onstage? Walk in any direction for five minutes and your fortune will improve. Dig the set? Then go check out the after show at one of dozens of post-Lolla bar hall gigs.

Were down to the homestretch on Sunday, so sit back in the meanwhile, try to remember where you last left your hand sanitizer, and enjoy a recap of Saturdays highlights — 13 of ’em.