Watch Yo La Tengo’s video for “Is That Enough”, featuring Fred Willard 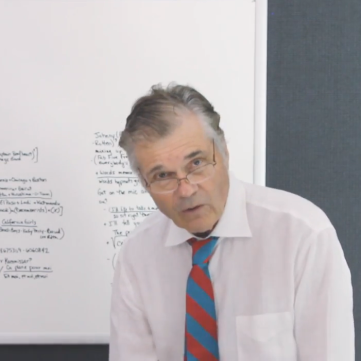 Yo La Tengo return with the music video for “Is That Enough”. It’s a sequel to the video for “Ohm”, which, if you recall, illustrated the fantastical daydreams of a student charged with answering the question, “What Is Yo La Tengo?”. There’s no freaky cartoon baby or flying cars in this latest clip; rather Donik Cary (The Simpsons) presents a methodical dissection of literally ever aural component that makes up the band. But it ain’t Einstein behind the board, working that mathematical magic: it’s none other than Mr. Fred Willard! Father, doctor, dog show commentator, and now a math genius; is there nothing he can’t do? Open your textbooks to page 258 and follow along below.

Cary discussed both videos in a new interview with Pitchfork. Both “Ohm” and “Is That Enough” are off Tengo’s latest album, Fade, out now via Matador Records.