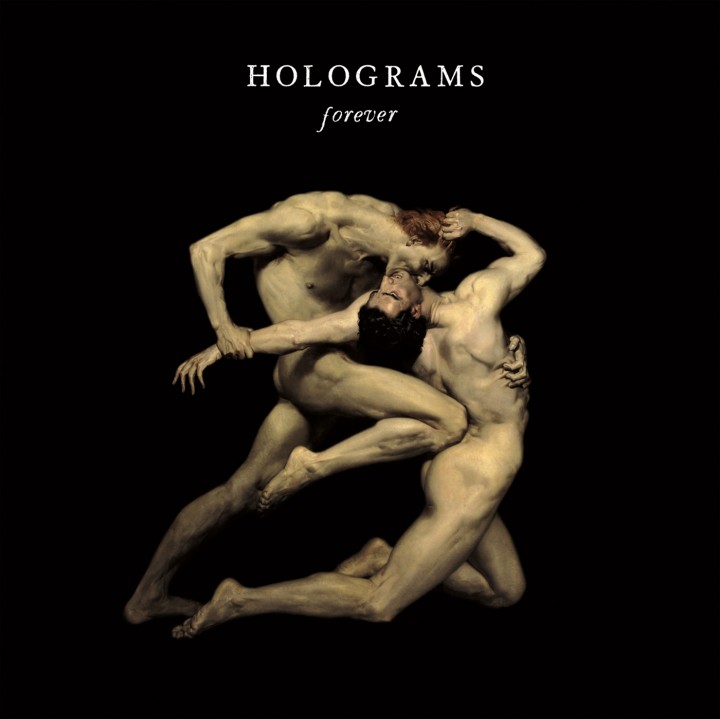 On their self-titled debut, Holograms drew up a map of the less glamorous side of Stockholm they called home. That scrappy, toothy long-player easily sounds like it originated in a place of poverty and political insecurity. Now, these four factory workers-turned-musicians seem less interested in the grit of their roots, instead keener on exploring how they can push past it. Forever fills in some of the craters Holograms debuted with, sculpting their synth-augmented post-punk into a robust, streamlined whole.

Forever sets out full-throttle with a meditation on transcendent noiselessness: “Silence in our hearts forever,” Andreas LagerstrÃ¶m belts at the chorus, with newly deepened conviction. Each instrument sounds perfectly attuned to bolster his roar, particularly the rhythm section, which carves a deeper space for his baritone to ring. While Holograms‘ synthesizers deviated sharply from the post-punk palette the band otherwise faithfully sampled, Forever uses its synths as seamless ballast. Instead of competing for foreground, the electronics sulk at the back, or slip in briefly, as on “Flesh and Bone”, to counter vocal melodies. Keyboardist Filip Spetze keeps within a warm, narrow range, filling just enough space. When he does solo, his notes rarely sound like synths at all; “A Blaze on the Hillside” climaxes with a lead that he frays like a morning voice thick with the residue of the night before.

With all elements tuned tight, Forever moves from Holograms‘ playfulness to something more of a spiritual yearning. “Laughter Breaks the Silence” rips open the silence of the opening track, while closer “Lay Us Down” arcs toward a transcendent communion in the face of death. “Lay us down in unity/ Lay us down for eternity,” LagerstrÃ¶m sings, atop heavy crashes of guitar, drums, and even church bells. It all sounds downright triumphant. Post-punk might be an obvious language for tracing nihilism and dystopia, but now Holograms seem more interested in using their corner of the genre to grasp at something like surrender.

Essential Tracks: “A Sacred State”, “Luminous”, and “Lay Us Down”