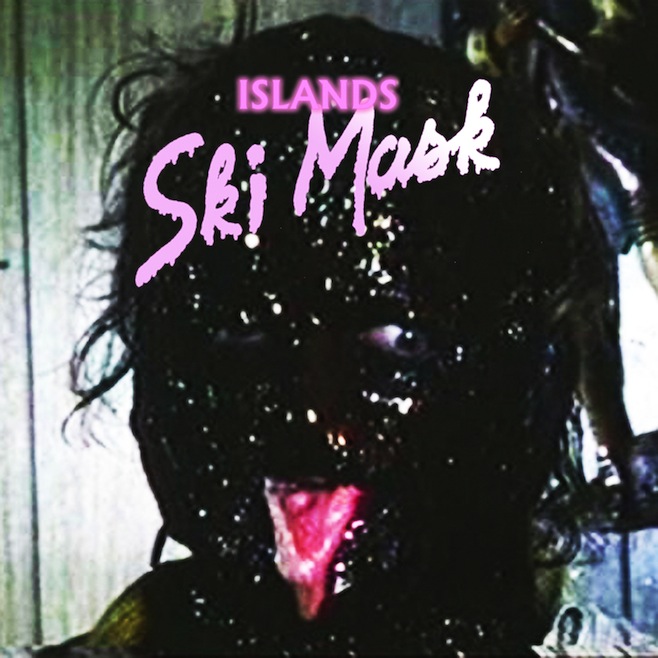 The opening of Ski Mask certainly tends more towards the insularity of Thorburn’s catalog. The equatorial marimba, slinky guitar, and squeaking synth of “Wave Forms” are immediately familiar, and the bouncy keys and bass clarinet of “Death Drive” return to Return to the Sea, or even to the doom-wop of Mister Heavenly. Lyrically, Thorburn is, as ever, aware of the playacting and stage-fright of anxiety: “I did a line from a script that I wrote/ I felt the words in the back of my throat slide away/ right away.”

Later, “Hushed Tones” differentiates itself by building on a denser, electronic base, the cascading synths and guitars, rattlesnake toms, and tight harmonies dabbling in ’80s territory. The swank, nodding “Shotgun Vision” finds some common ground with ’70s McCartney, patches of sweaty emptiness left for the angular guitar to match the chorus.

Thorburn’s hyper-aware, witty turn at the mic, though, remains the most important element. “You said life’s not a gas, it’s a gas chamber,” he exhales on elegiac album closer “Winged Beat Drums”. His fragile falsetto on “Here Here” drives simple lines (“breathe/ breathe in deep/ I don’t want to see you fall asleep”) to a powerful depth, while his delivery on “Becoming the Gunship” justifies the epic snare rolls and arching guitar. Thorburn may never escape the Unicorns, but it’s increasingly clear that he’s not the one insisting on that comparison. Rather than chase his early highs, Ski Mask is the latest issuance of a unique voice continuing to explore his particularities and place them in new contexts.