Mazzy Star – Seasons of Your Day 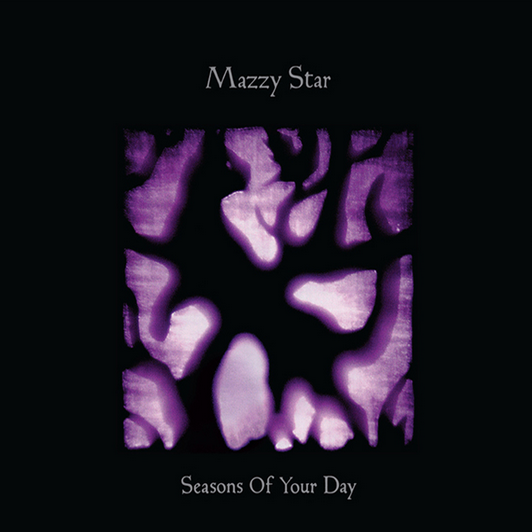 Reviewing a new release from reunited favorites can be a nightmarish enough scenario for a music writer: you grow up to the tune of a band that called it quits while you were still in car seats, and by the time they refuel the engine once more, you’ve got the privilege of sharpening the knives. It’s an unhappy situation for every party involved, and so it is for Mazzy Star. I won’t soon disown the day I pulled So Tonight That I Might See out of a musty “Used” bin and spent a whole winter in college absorbed in its warm, hazy embrace, but it’s hard to greet Seasons of Your Day as much more than a sleepy shell of that band.

Those who’ve followed Hope Sandoval, the group’s smoky-voiced lead, to her second coming as Hope Sandoval & the Warm Inventions will recognize the basic stylistic ingredients at play. On Seasons of Your Day, the shimmering dream pop that launched “Fade Into You” to make-out anthem status gives way to weary, acoustic blues-folk. It’s no surprise, given the steady presence here of Warm Inventions mainstay (and founding My Bloody Valentine drummer) Colm Ó Cíosóig. But, where Sandoval’s Bavarian Fruit Bread managed to funnel sparseness into an eerie sort of intimacy, Seasons feels rather directionless — and frequently finds itself sunk by a surfeit of musicians with a dearth of ideas.

There’s some good, so let’s get that out of the way: “In The Kingdom”, the hazy-eyed organ shuffle of an opener, is by a wide margin the most lively thing to be found. Buoyed by Sandoval’s vocals, which here manage to sound both delicate and awake, it bops along on a ’60s pop groove that wouldn’t have been out of place on She Hangs Brightly. Also worth hearing are “Common Burn”, which is pretty enough to overlook the fact that its soupy whispers of acoustic guitars, xylophone, and hushed harmonica are little distinguishable from Sandoval’s “Suzanne”, and “Does Someone Have Your Baby Now”, which nicely matches the singer’s heartbreak to an acoustic slide. “I’ve Gotta Stop” is adequately weary, too, though suspiciously redolent of “Blue Light” (with a reference to the view “from someone’s window” to boot).

From there, things only get slower and drearier. The most trying of the bunch is “Flying Low”, which introduces a primitive enough slide riff in its opening seconds and just lets it warble for seven-and-a-half minutes, harmonica and lead guitar weaving in and out with remarkably little to say. Mazzy Star were once able to pull off drone pieces of the sort — on “So Tonight That I Might See”, most notably — but here the members sound bored before the vocals even start. “Spoon” is nearly as long, and the presence of the late Bert Jansch isn’t enough to mold the acoustic rambler into much more than space-filler. Things come to a close on “Lay Myself Down”, a bit of midtempo country pop that’s witness to some fiercely uninspired pedal steel noodling.

It’s about as confounding as it is disappointing, really: despite seeming to be on hiatus, David Roback claims the band “never stopped writing or recording” after 1996’s Among My Swan — which should prompt any fan to wonder how it took 17 years to generate such a sludgy, tired set as this. It’s not that Sandoval has lost her magic touch (though overlooked, her material with the Warm Inventions has been eerie and evocative in the many ways this set is not) or that the group’s moonlit dream pop has fallen out of favor decades later (the recent success of Widowspeak and Beach House should be enough evidence to debunk that notion). It’s just that a band that has always felt vaguely otherworldly and rare has here churned out a set that’s positively ordinary.

Essential Tracks: “In The Kingdom”