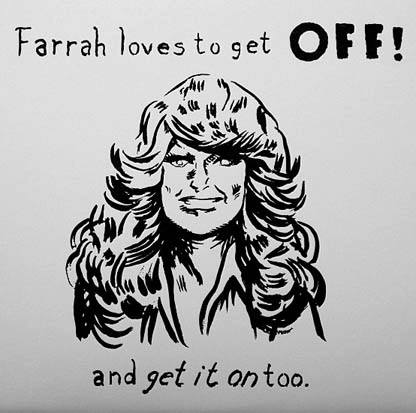 When OFF! consolidated its inaugural slate of songs for 2011’s First Four EPs, it sounded the alarm for fans parched for purist, first wave punk rock and hardcore. But while the band’s gritty, classicist style was bound to win over that niche cross-section of music fans, the band’s success in attracting a broader fan base is a pleasant surprise.

Refreshing and unexpected as it might be, OFF!’s success is also richly deserved. Live at the 9:30 Club is a testament to the band’s raw prowess. Clocking in at under half an hour, the band burns through First Four EPs 16 tracks (almost in sequence) without so much as coming up for air, save for frontman Keith Morris’ sporadic diatribes about inconsiderate drivers, long-lost friends, and assholes who text during shows.

Recorded in Washington, D.C. as the opening act for Dinosaur Jr. on June 25, 2011, Live at 9:30 Club is an understated run through the hardcore ringer. There’s no grand design behind the recording. It’s not a show put together for documentation, but rather it is an exact document of the experience. It’s an OFF show, and it doesn’t claim to be anything but. There’s no indication that this is the band on one of its best nights or one of its worst. Instead, it’s easy to suspect that it’s all just business as usual. The band plows through its set of bite-sized skate thrash jams like clockwork, and they sound completely at ease.

The downside? There’s only about 1,000 of these bad boys in print on vinyl (sorry kiddos, no mp3s), so stumbling across it could take a little leg work. But it’s worth the effort. From the opening notes of “Black Thoughts” through to set closer “Upside Down”, Live at the 9:30 Club is one of those rare live records that captures the breathless intensity of seeing the real thing up close.

Essential Tracks: All of them. Just enjoy the ride.