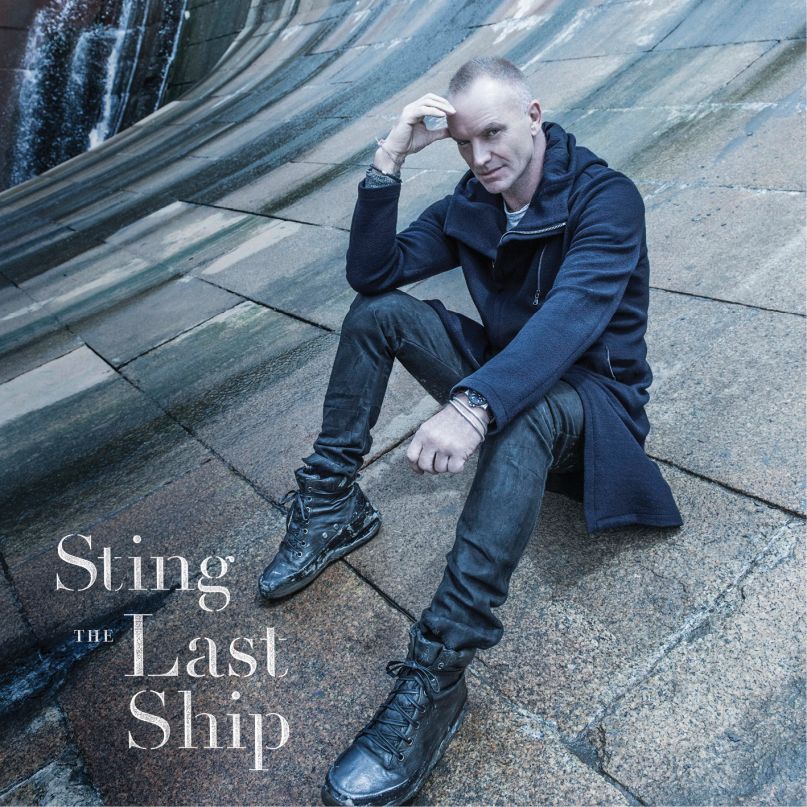 When you achieve a certain stature in music, it comes with full permission to indulge. Sting’s The Last Ship, his first album of original material in 10 years, is a curious indulgence, focusing on the decline and fall of the shipbuilding industry in North East England. However worthy, it’s a highly limited theme, one somewhat surprisingly doubling as a stage play of the same name destined for Broadway. Childhood memories and personal reflections can of course inform broader truths, but it would seem just as odd if a production charting the demise of Detroit’s auto industry were to open in, say, Glasgow. How close the play will follow this soundtrack remains to be seen, but the record is steeped in theatricality from the start.

Given that the U.S. struggled to understand Cheryl Cole on The X-Factor, it will be interesting to hear what the American market makes of Sting’s exaggerated Geordie accent on this collection of songs. The title track opens with the traditional rhythms of Tyneside folk, but lyrically goes beyond scene-setting. Arguably it is the album’s pivotal song, as it concerns the final ship built on the famous Swan Hunters shipyard, the very one that cast a shadow over the young Gordon Sumner’s family home, the one that made such a big impression on him. The singer’s semi-autobiographical rejection of following his father into the shipbuilding trade in “Dead Man’s Boots” is delivered with genuine passion, but from then on theatrical artifice takes over.

Nonetheless, there are a couple of standouts that you can easily visualize working on stage. The simple confessional of “Practical Arrangement” is pure Sondheim, while Sting’s bawdy duet with fellow Geordie Jimmy Nail on the shanty “What Have We Got” provides a raucous set piece. Less successful is the “Ballad Of The Great Eastern”, whose rhymes evoke the lyric school of Rick Wakeman. The best is saved for the end, with “So To Speak”. Sting’s shipyard worker at the end of his life gives a graphically eloquent last testimony before he is joined by the brittle and beautiful tones of Becky Unthank, whose female perspective also puts a break on over-sentimentality. It ends with a glorious resolution of two notes teased from Northumbrian pipes, so perfect and final that the reprise of “The Last Ship” seems redundant. Such honest moments make this album a worthwhile, if not fully rounded experience.

Essential Tracks: “The Last Ship”, “So To Speak”