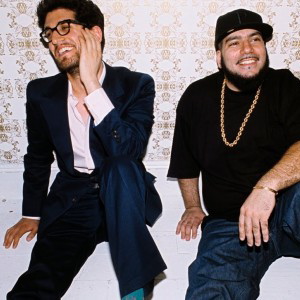 Chromeo’s Dave 1 and P-Thugg took part in a Reddit AMA today, where they offered a few more details about their forthcoming album, White Women.

They also also offered insight into the album title:

We chose the title because it’s the name of the first Helmut Newton book. He’s a huge influence on us…you know, the legs, that 80s sexy look. And we thought the title was ballsy, funny, was going to get people thinking. Our music always blurred boundaries between past and present (is it retro? is it modern? is it both?) and now we want to blur boundaries between gender and race as well. Makes sense?

Finally, Dave 1 and P-Thugg confirmed they would be touring in support of the album beginning early next year.

Still no release date for White Women. Below, listen to the first single, “Over Your Shoulder”.