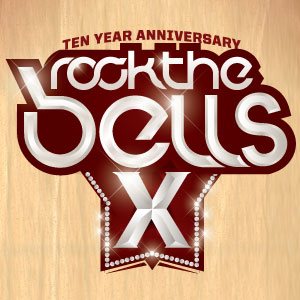 “That’s the great thing about Rock the Bells, it’s like a hip-hop summer camp,” Peter Rosenberg told San Francisco on Saturday night. Hot 97’s most prolific DJ and arguably hip-hop’s supreme camp counselor has a natural gift with words, but he truly hit the mark there. Since 2004, the long-running festival has offered an opportunity to catch some of the genre’s top MCs sharing the stage and spitting their finest verses — and 2013 kept that tradition going. From surprise performances (Action Bronson and Riff Raff’s duet of “Bird on a Wire”) to rare moments (E-40 and Too $hort’s first show together in ages), hip-hop veterans (Wu-Tang Clan, Rakim, Deltron 3030, and Bone Thugs-N-Harmony) to rising idols (Earl Sweatshirt, ASAP Mob, Danny Brown)… it certainly appeared like the pulse of hip-hop was being tapped. Oh, and then there were the holograms. See for yourself below.

ICYMI: The most recent episode of our Aux.Out. podcast, Relevant Content, discussed the troubles and problems within the festival as a whole. Listen in here.