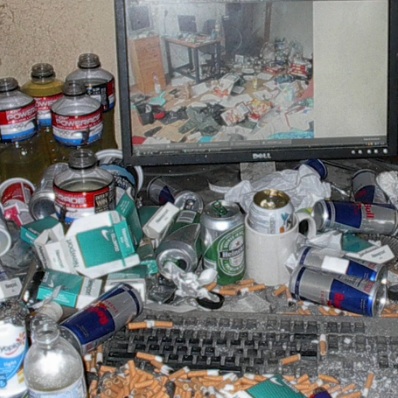 Less than a week before the release of R Plus Seven, Oneohtrix Point Never’s Daniel Lopatin has shared the new music video for album track “Still Life (Betamale)”. Directed by artist Jon Rafman, the visuals are a shocking glimpse at some of the darkest, most neurotic corners of the internet.

“Still Life (Betamale)” draws images from a wide range of online fetish sites, engaging with the theme of obsessive desire,” reads a press release. “Layered with a mysterious, erotically tinged voice over, the narrated version of the album track is immersed in the simultaneously captivating and disturbing world of internet subcultures.” It’s a pretty tough watch, which may explain why YouTube has already taken it down. Watch it via Vimeo below.

Oneohtrix Point Never’s new album, R Plus Seven, is due out October 1st via Warp. Stream it now.