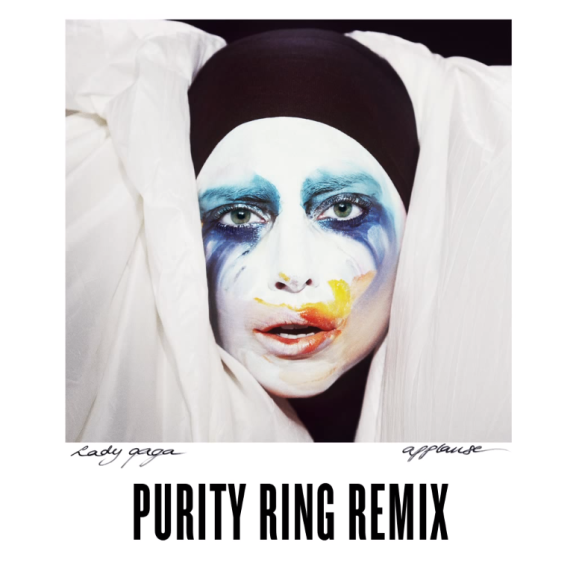 Purity Ring are working on a new studio album and follow-up to 2012’s excellent Shrines. But first, the latest in an impressive string of remixes, which already includes takes on Soulja Boy’s “Grammy” and “Belispeak II” with Danny Brown. Now, they’ve zeroed in on Lady Gaga’s new single “Applause”, managing to turn it into an even bigger dance song with heavier bass and intricate drum and vocal loops. Listen in below.

Purity Ring’s Corin Roddick discussed the process behind the remix in an interview with Dazed Digital: “The first thing I did was delete everything but the vocals. With a remix I don’t think any of the original instrumental should be used, so I just listened to vocals on repeat and took it back down to a blank canvas – just acapella, to imagine what could be around it. From there I start kind of building basslines and chords around it, so I think some of the chord progressions and stuff I ended up using were totally different from the original song.”

“I chipped away at it for about two weeks. I didn’t think it would take that long but I kinda kept going over it again. I got stuck at a few points; there was maybe a period of almost a week where nothing really happened on it ’cause I was just getting frustrated, but that happens to me pretty much every time I’m trying to finish a song. I always hit walls.”