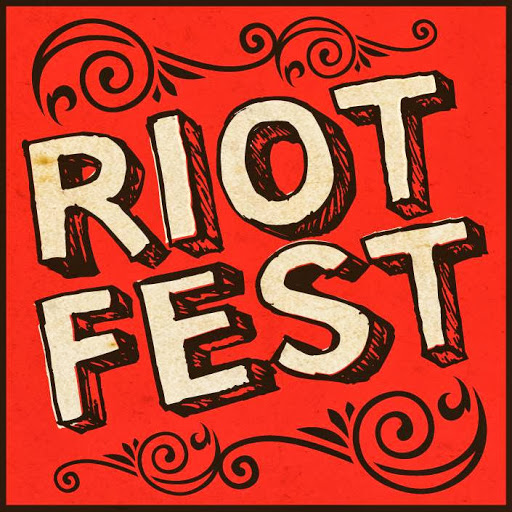 A little rain never hurt anyone, right? On Sunday, Chicago cribbed Seattle’s weather, drenching the climactic finale of a three-day weekend topped off by the proper Midwestern return of The Replacements. If previous years are any consideration, the early autumn chill typically runs amok during Riot Fest. It did last year, tweaking the festival’s signature carnival fare into something Bradbury-like, and it happened once again this past Friday. Sunlight died over the trees, tiki torches swayed in the breeze, and smells of cider and funnel cake wafted in the air — perfect.

But that rain. It didn’t make things easier; from the sticky mud to the sharp umbrellas that armed the crowd. Unhappy faces trudged around with beer, some covering their Riot-ready mohawks with dirty ponchos, while puddles evolved into new pond fixtures for Humboldt Park. Emotions shifted, however, when so and so’s favorite band played either the Roots, Rock, Rise, Rebel, or Riot stages.

Bob Mould kept the veterans warm, Best Coast strummed out aural sunshine, Brand New elicited screams from the thousands of Brand New fans in their newly purchased Brand New merchandise, and the Freak Show turned a balmy tent into an atmosphere of anxiety as people stuck things in their noses, eyes, and mouths to much candor. Sorry Mother Nature, (don’t) try harder.

Sporting this year’s most eccentric lineup — who ever thought The Replacements would be billed next to Fall Out Boy? — Riot Fest strut their quirky stuff and let the freaks, the punk rockers, the greyhairs, the casuals, the dramatists, and everyone else in between ride the ferris wheel together. Considering rock ‘n’ roll has become such a niche market, it’s comforting to see the genre’s best party can still be had. As Tim Armstrong said best on Saturday night, “See how we do this, see how we ride.”