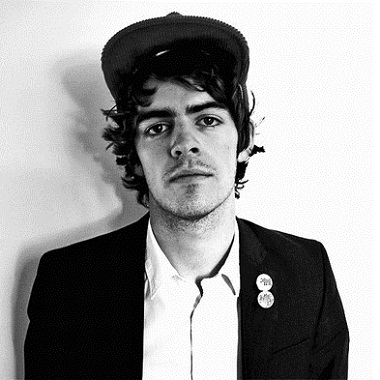 Fast-rising Canadian producer Ryan Hemsworth, known for his quirky remixes as much as his warping originals, will issue a new album called Guilt Trips on October 22nd via Last Gang Records. The follow-up to his Still Awake EP, released back in May, reportedly “digs deeper beyond the hip hop, r&b and dance music world to inspirations that sprout from a time before he made the type of music that people have come to expect.”

The forthcoming LP is previewed today with “Against A Wall”, featuring Miami rapper Lofty305. The number rattles, soothes and surprises, one minute boasting a slinky electronic wash, the next a jarring hip-hop groove. Listen below.

In a press release, Hemsworth spoke about the track and the rest of his Guilt Trip collaborations:

“I reached out to friends and people I admire really. I wanted kind of unexpected collaborations and people with a uniqueness to them, instead of just reaching out to random top-liners. Someone like Lofty305, who has a weird, certainly not trained voice, made sense for “Against A Wall” because I wanted it to match the mood of the track. That’s so much more important to me than making a perfect song. I just wanted to flesh out that charming imperfection on a lot of the tracks. When I asked the people on it to do their parts, I didn’t direct them too much but just asked them to think of a breakup or a time when they felt weird or shitty from love. All of my music is sparked from love in some form or another I think, so this album is kind of just a capsule of different moods caused by love.”

Catch Hemsworth this fall on his “Feelings Mutual” tour. Also, be sure to check out our recent Top 5 feature with him, wherein the producer recounts five things that make him not want to die.