The Smiths-Peanuts Tumblr shut down by Universal Music 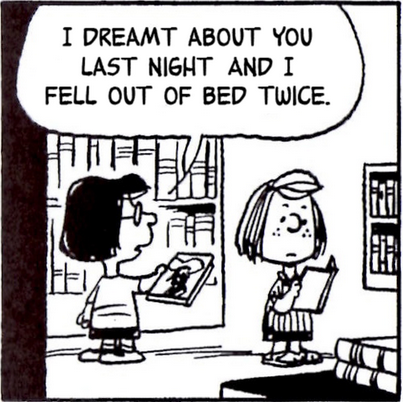 Last month, we learned that both Morrissey’s words and Charles Schultz’ famed Peanuts comics were true kindred spirits, oddly enough so poetically perfect when combined on the genius Tumblr, This Charming Charlie. But it looks as though play time is over for The Smiths and Charlie Brown.

The Smiths licensing company (Universal Music Publishing Group) has started requesting posts be removed from This Charming Charlie. So far 6 posts have been removed, and it is increasing every hour. If you like the page, please save copies of the comics to your own computer.

At least we have Morrissey’s Autobiography to look forward to, right? Maybe? In the meantime, let’s all heave a collective sigh and mourn the passing of this momentary pop culture gem (of course, after promptly saving our favorites).