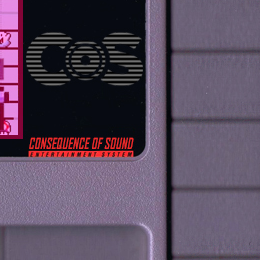 As is the case with movies and TV, music has a massive impact on the success and capabilities of a video game. But whereas a Scorsese flick or an episode of Boston Legal are passive experiences (i.e., a director assembles a message, wraps a song around it, and we absorb said sentiment through consumption), video games seek to truly engage. Without the consumer, Spyro doesn’t collect magic gems, Sam Fisher doesn’t snap necks, and no one ever gets rocketed in Liberty City.

Music in video games has to not only be the soundtrack to a great moment and make you feel or think something viscerally, it has to urge you to pick up the controller and react and respond in a certain frame of mind, to risk life and limb for some princess in a faraway castle. With an epic score or a hit-filled soundtrack, a video game can transition from a system of triggers and data to a living, breathing work of art, where bits of info shaped into a tiny elf boy can tell just as many stories and sway just as many hearts as the words and deeds of Hollywood.

So, in honor of music’s vital role in gaming, we’ve counted down the best video game scores and soundtracks. These titles represent some of the best contributions to the field, where gameplay was only truly meaningful because of the inclusion of the right music. These are the games forever etched in our brains, and though the details of the story and the mechanics may not be as vivid, the music itself forever changed the way we all get our game on.

So, drop in a quarter and click “Start” below.

view all
Next
Free CBD Gift When You Buy Any of Our CBD Products
This Network Saved the Charlie Brown Holiday Specials
The New Star Wars Holiday Special Is Streaming Here
Get a Free Thanksgiving Gift with Every T-Shirt or Mask
Previous Story
Album Review: Goldfrapp – Tales of Us
Next Story
Video: Kendrick Lamar and ScHoolboy Q perform on Arsenio
Popular
More Stories
[fu-upload-form form_layout="media" title="Submit Your Photo"][input type="hidden" name="ugc" value="1"][/fu-upload-form]