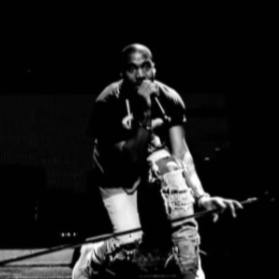 Kanye West continues his TV tour through Europe. Following last week’s appearance on UK’s Later… with Jools Holland, where he performed “Bound 2”, “New Slaves”, and “Blood on the Leaves”, Kanye appeared on French television program Le Grand Journal on Monday. He performed another track from Yeezus in “Black Skinhead”, complete with manic screams, piano, and Wu-Tang t-shirt. All Kanye performances are impressive, but this one was — well, take it away, Clay Davis.

Replay the performance below at the 12:00 mark, right after the interview with the French Buddhist. Would love to have been backstage for that interaction.

Prior to the performance, Le Grand Journal announced Kanye will be touring Europe early next year, following his massive leg of North American tour dates.

In related news, Charlie Wilson confirmed to MTV that he’s enlisted Kanye to serve as producer for his next album. He described it as “radio record,” and suggest he may also collaborate with Pharrell Williams and Justin Timberlake.