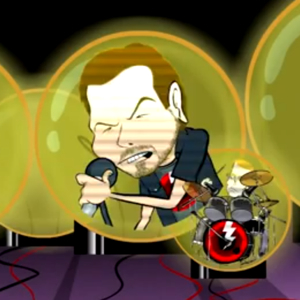 Today’s lesson: There’s always room for improvement. Take for example the latest video from Chilean animation house Mosquito Studios. They’ve gone ahead and released their own music video for Pearl Jam’s “Mind Your Manners” and it’s pretty damn impressive. The animators have extrapolated on the album artwork for Lightning Bolt, turning the Seattle veterans into some posh drawn rockers. If anything, it sure as hell beats the hundreds of guitar covers that are sure to litter YouTube in the coming months. Catch it below and the original for comparison shortly after.

Lightning Bolt is due out October 15th via Republic. Pre-orders are ongoing.