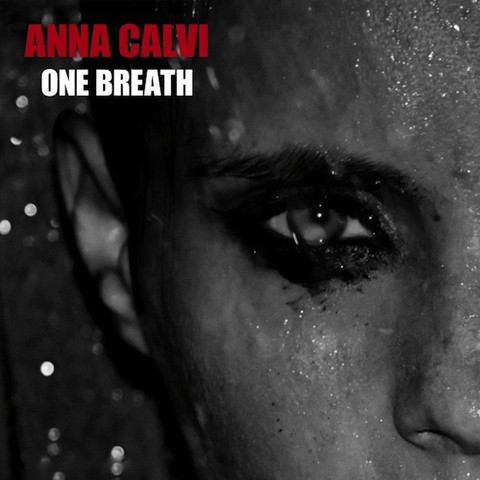 The pressure of a successful sophomore release has crushed a veritable legion of artists. Suffice it to say that the tepid waters of the sophomore album grow downright frigid for an artist that has enjoyed the sort of debut success British songstress Anna Calvi has. Strapped with the praise of champions including the likes of the legendary Brian Eno, Calvi’s star rose to what some might consider a dangerously lofty status for such a fresh face. For anyone who has spent some time with Calvi’s debut offering, the idea of matching the dynamic grandeur of that album felt a near impossibility.

However, with One Breath, Calvi has solidified herself as a proper musical heroine beyond the success of a single LP. This sophomore LP is a fully-feathered celebration of Calvi’s numerous musical gifts, displaying a maturity and grace that betrays Calvi’s short career. Her gargantuan voice, which has frequently been compared to that of Édith Piaf, is the focal point of the disc, displaying a range that fiddles with everything from seductive whispers (“Piece by Piece”) to soaring modern arias. “Tristan” and “Sing to Me” are both fine examples of just how potent Calvi’s voice can be when soaring above one of her massive, dynamic arrangements. “Sing to Me” is a definite moment of arrival: The song’s four minutes become an aural noir that culminates in a devastating wave of emotionally-saturated, operatic singing.

Calvi’s guitar plays a subtle role on One Breath, operating a bit less aggressively within the songwriter’s dramatic compositions than the dusty Morricone-informed sounds of her debut. The thing that sets Calvi apart from most virtuosic musicians is an ability to spin art out of technique without alienating the listener. Whether it be the percussive hammering of her guitar strings on “Tristan”, the emotional immediacy of her athletic vocals throughout the album, or the lush and occasionally noisy atmospheres, the album offers heaps of aural fiber without pretense or unnecessary complexity.

One Breath is a dynamic statement from a young woman who could very well be the next David Bowie or Nick Cave. Much like the gilded aforementioned names, Calvi is an accomplished musician and composer, possesses an exceedingly well-developed artistic vision, and rounds the package out with a striking aesthetic. All that sets her in a class of her own as a young, exciting artist who should have strong material for years to come.

Essential Tracks: “Piece by Piece”, “Sing to Me”, and “Tristan”