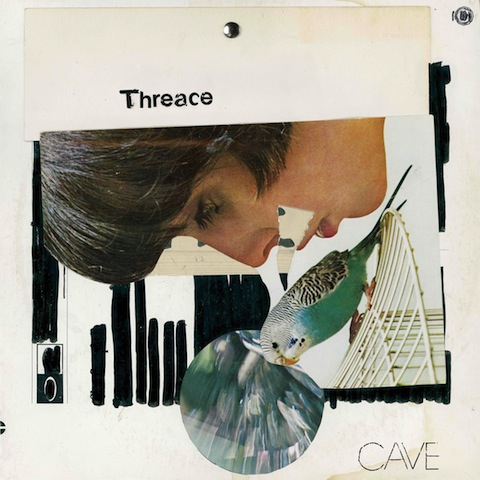 Chicago’s CAVE are a shifty group. Back when they were called Warhammer 48k and lived in Columbia, MO, they played noise rock and psych metal. Through cassette releases and wild shows, they garnered a cult following in the Midwest, eventually moving to the big city and trading lo-fi for clean production and jazzier arrangements. The transition did not affect their adventurous creativity, rejuvenating the band who eventually signed to Drag City and became CAVE.

Because the band focuses on long-form instrumentals, it might come as instinct to call CAVE a jam band. However, their third LP, Threace, is sprawling and calculated — a collection of parts that assemble a grand whole. CAVE is a band that jams, but not really a “jam band.”

On opener “Sweaty Fingers”, they follow a snappy backbeat and bass line, altering the rhythm just before the locked groove becomes annoying. This is an endlessly rewarding experience that recurs throughout, the songs progressing at a visceral pace, toying with your tolerance before shifting down. The crunchy “Silver Headband” runs this game, and despite its nine-minute duration, doesn’t overstay its welcome. CAVE vary things just in time, as guitarists Cooper Craine and Jeremy Freeze go pretty much wherever they want before hitting their spots. They occasionally play it safe with repeating scales, but never really hit a bad note.